A 21st century career path can take many twists and turns. The skills you learn for one S Curve may not map perfectly to the next. That's why learning is the most important skill of all.

That's some wisdom from Ekpedeme “Pamay” Bassey, the Chief Learning and Chief Diversity Officer at Kraft Heinz. And she should know. Before earning her many prestigious titles in the corporate world, she came from a background in standup comedy and improv. Pamay is a first generation Nigerian-American, born in New York City. Her heritage has deeply informed her approach to diversity and inclusion, but her passion for comedy made her career path unconventional to say the least.

Pamay and Whitney discuss how to translate skills from one S Curve to another, especially when it comes to job interviews. And why it's so important to fill your eyes and ears with the stories of others who have accomplished great things. Pamay also explains how journaling regularly became a powerful self-reflection tool, especially during a difficult time of loss.

We're conducting a quick, anonymous survey to understand our audience better! It takes less than 1 minute, and is enormously helpful. Take it here: https://www.surveymonkey.com/r/DisruptYourselfPodcast2021 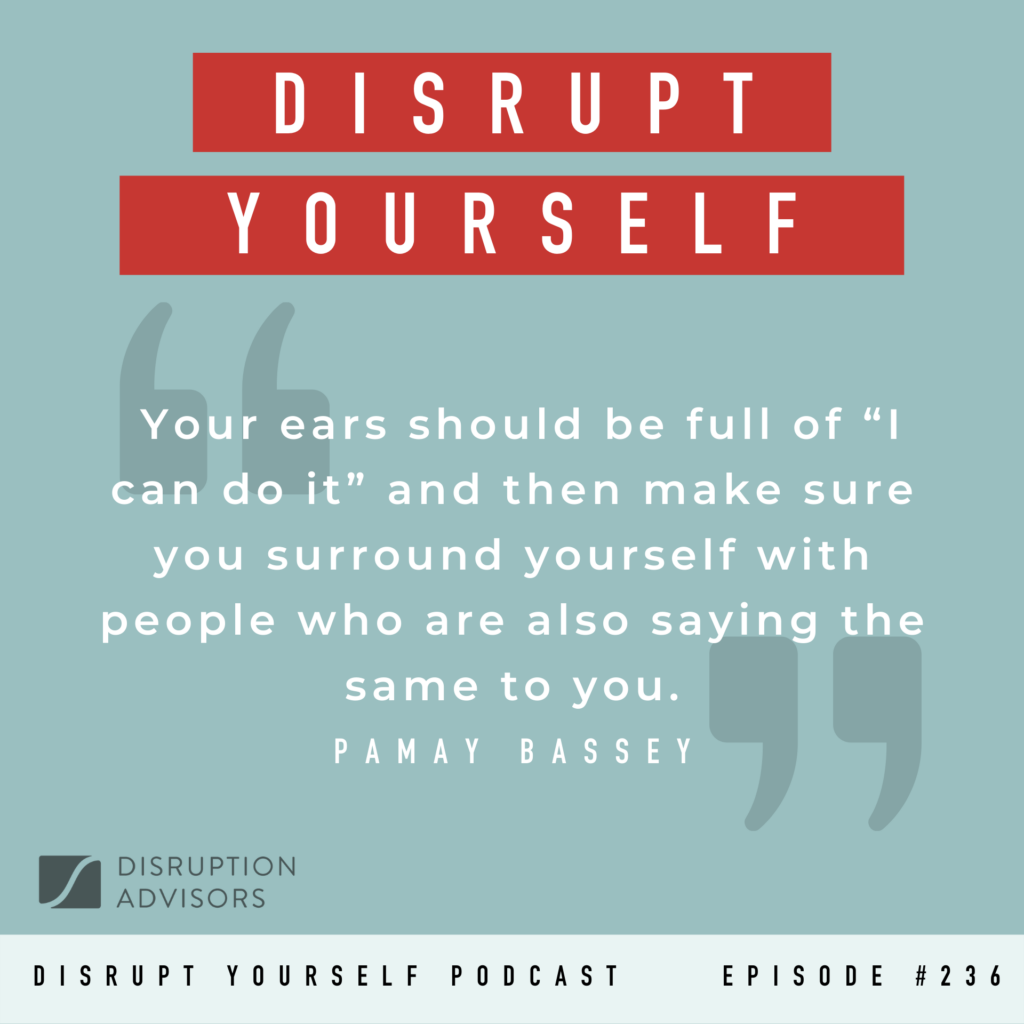