Talking about podcasts with friends wasn’t meant to be a “side hustle” for Adela Mizrachi; it was just something she did.  While sitting at brunch, discussing the ins and outs of daily life, it was fun to go “down the rabbit hole” and discover what everyone had listened to that week. It was only after she mentioned the activity to a friend in Switzerland that she realized it could be scalable.

Having worked in communications for most of her adult life, Adela knew the channels to begin promoting the newly minted “Podcast Brunch Club.” A website, Twitter account, plans for a chapter in every city in the world–Adela was fully committed.

“I just started, I don't know, I just started doing it…something that I learned through the process of Podcast Brunch Club is, okay, well who cares if I fail, if I fail? It's really not that big a deal. Nobody's really watching me with an eagle eye. I think if you take the stigma out of failing or maybe, maybe it's just not even the right word, but I think that's what everybody's afraid of. And that's why a lot of people don't take the first step, is because of a fear of failure. But if you stop being afraid of it, it's so much easier to do it.”

Adela was playing where no one else was playing, and while the original goal was to have fun with friends and simply discuss interesting ideas, she now has official chapters in 60 countries on 6 continents.

A tiny little thing that takes over the world. 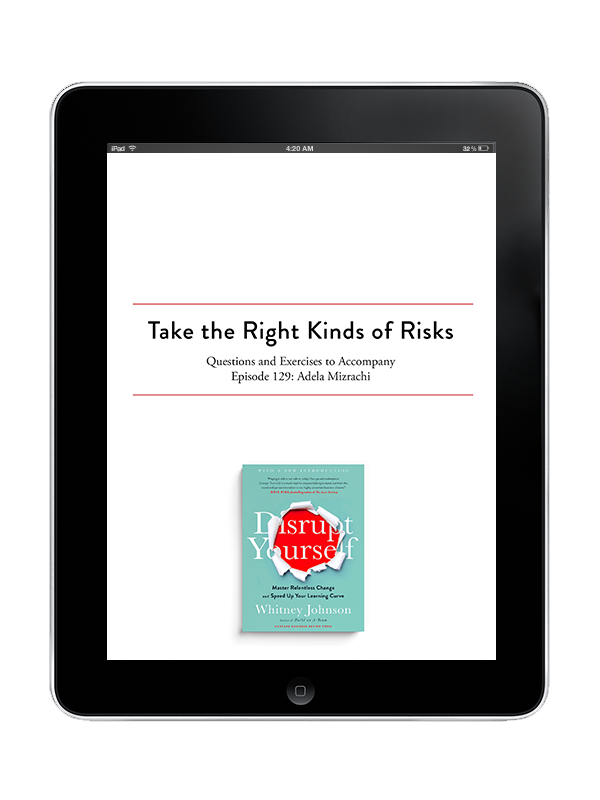 Enter your name and email below to receive this free content upgrade.

“Don't think five steps ahead, just think one step ahead. Think about what is the first step that you need to do and do that and then think about what's the next step and do that. Because I feel like, at least for me, my personality, I get overwhelmed by thinking five to 10 steps ahead and then I get discouraged and I don't want to do it. But if you just do the first thing and then you're done with the first thing and you do the second thing, it, you'll look back at step 10 you'll look back and be like, “Oh my gosh, I can't believe I did that.” But I did. And it really wasn't as hard as I would have made it out to be, had I tried to think about it in advance.” 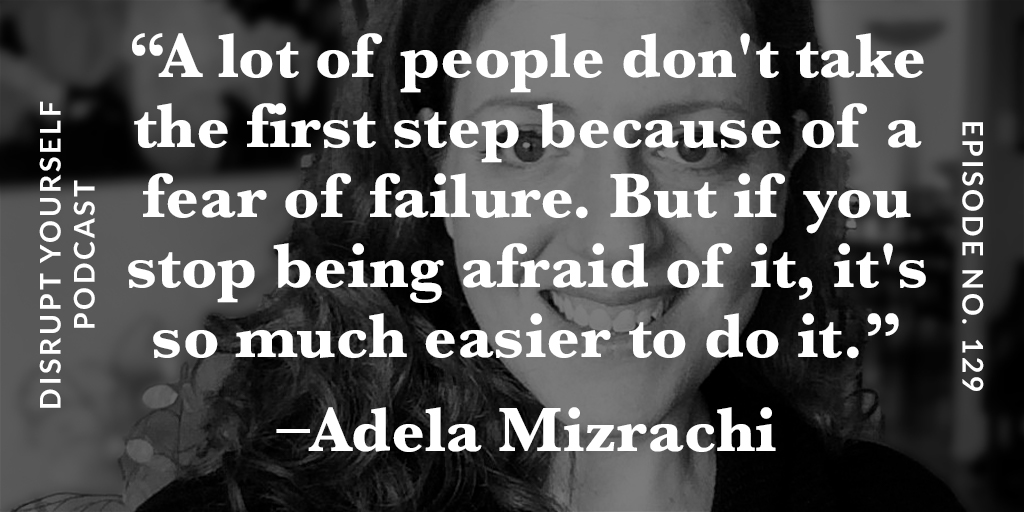 As I reflect on my own “little thing” that’s taken over the world, I’m proud to announce that on November 12, 2019, Harvard Business Press will be releasing a new version of my book Disrupt Yourself. This interview with Adela is the first in a series of seven podcasts focusing on my Disrupt Yourself framework, and I hope you’ll join us for the journey. Download this episode (and more) on Apple Podcasts, or play it below. Do you have something that you've wanted to do, or been meaning to do, but haven't started? Let me know in the comments!