A “late bloomer,” Brené graduated from her undergrad when she was 29 years old, then proceeded straight into her master’s and Ph.D. programs. She experienced first-hand the impact of amazing professors and knew what she wanted her life’s work to be—changing the lives of students while getting to talk about what she was passionate about.

And Brené is passionate about vulnerability. She shared her passion in a TedxHouston talk, “The Power of Vulnerability,” and to her great surprise, it went viral. To date, it has been viewed over 35 million times online and is one of the top 5 TED talks of all time. 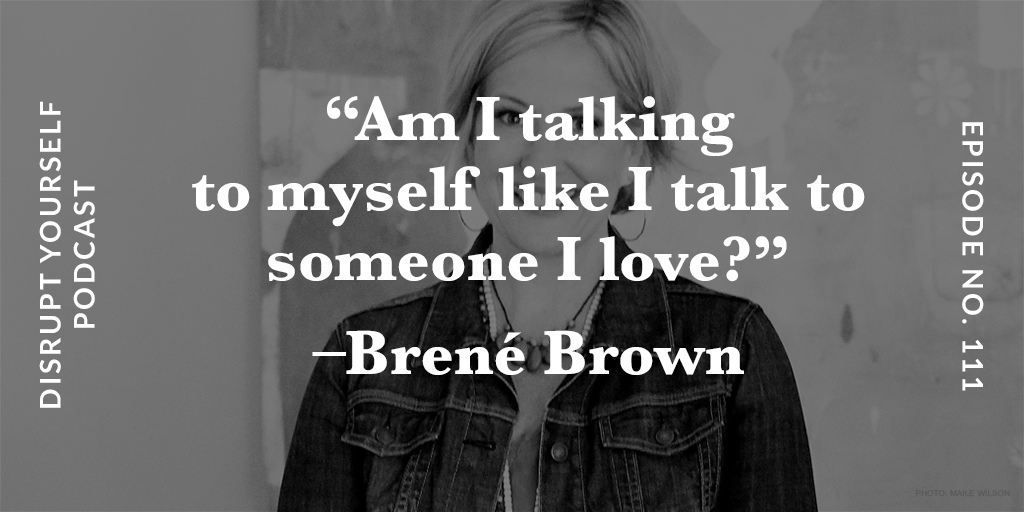 This event opened up a whole new world to Brené, including some great opportunities and discussions, but it also came with a heavy price. For every 1,000 supportive comments and engaging exchanges, Brené would receive a bitter, horrible ad hominem attack that left her reeling. She had to make a choice: move forward, or stay out of the arena?

“I found it a really hard time in my life, when I needed to be reminded that I was in the arena, and that I was trying to be brave with my life and my work, and it’s not the critic who counts. And so, it’s not hyperbole to say my life changed when I read [a quote from Teddy Roosevelt], ‘cause I was flooded with this belief that, You know what? One, I’m going to be in the arena. Two, vulnerability is not a weakness, it’s showing up when you can’t control the outcome, including the trolls on Twitter. And I’m gonna stop taking feedback from people who are not also being brave.”

Brené has certainly taken “showing up” to heart. She has written five New York Times bestsellers, and recently became the first researcher to have a filmed talk on Netflix, “Called to Courage.” She is passionate and enthusiastic, but also careful and measured in how she spends her time. While some enjoy the “further faster” approach to their career, Brené has discovered that she would rather keep things, “slower, closer,” and really examine whether any endeavor will bring her joy.

“I think I’ve spent a lot of my career proving, and I’m at the place now where I’m trying to inhale, and ask myself, ‘Am I doing this to prove that I can? Or because I want to, and it brings me joy?'”

I’m excited to see what new learning curve Brené will jump to next. Join us as we discuss what brings Brené joy; who inspired her to pay attention to vulnerability; and how the stories we tell ourselves can make or break us. Download the episode on iTunes, or listen on the player below. If you have a comment or some constructive feedback, please let us know!