Forbes | If You Want To Be Fortunate, Be Brave

Forbes | If You Want To Be Fortunate, Be Brave 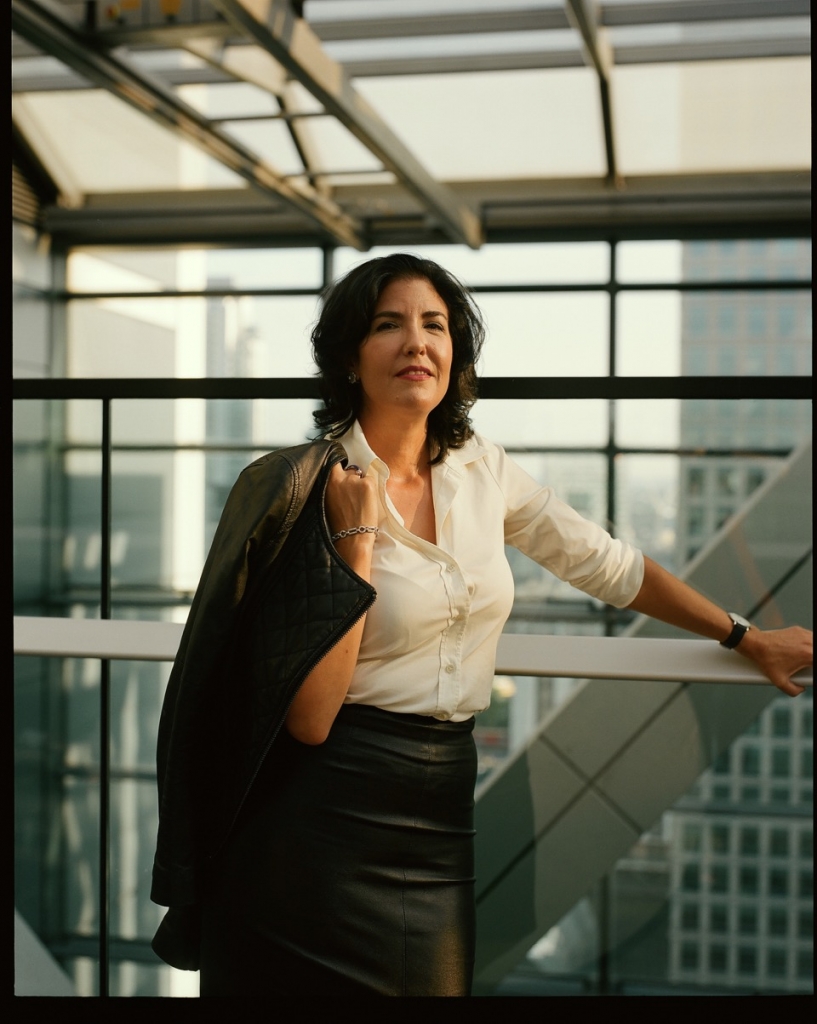 Tina Fordham is a true trailblazer. She has the distinction of being the first person to hold the title of Managing Director, Chief Global Political Analyst at Citi Research Citigroup. Until she persuaded Citi that they needed to create such a role and slot her in it, there wasn’t anyone providing real-time analysis on the impact that global political events can have on financial markets. Not one such analyst at any major financial institution—anywhere. Her work generates another layer of consideration for investors to make informed choices, and she is one of the top-read research analysts on Wall Street and has been named one of the Top 100 Most Influential Women in Finance. She also manages to be a single mother of two daughters.

The list goes on: she’s a fellow of the Aspen Institute's Socrates Society for emerging leaders and has recently been appointed to the U.N.'s first High-Level Panel on Women's Economic Empowerment. She makes her voice heard as a commentator on CNN, the BBC, CNBC, Bloomberg and as a participant in the World Economic Forum, held annually in Davos, Switzerland. She juggles all these roles and still makes time to volunteer with the charitable “Speakers for Schools,” an organization that puts inspirational speakers in front of students in the U.K.’s public schools.

I couldn't find the job I wanted, so I created it. – @tinafordham1 @citi @womenatforbes

The onset of the financial crisis in 2007 saw an almost perfect storm of challenges: giving birth to my second child, my promotion to Managing Director at Citi, and being the sole breadwinner for my family at a time when my industry was under once-in-a-generation pressure. It forced me to become more entrepreneurial, be highly disciplined, and use the crisis as an opportunity to transform my work. I was able to connect with a whole new audience and became a high-profile public speaker in the process. It was sink or swim.

I have three: Jennifer Scardino who sponsored me for Managing Director and helped me navigate the financial crisis; Rosemarie Forsythe, now retired from her role as head of International Political Strategy at Exxon Mobil and a former chief negotiator on arms control at the US State Department who helped me think about how to define my role at Citi, and Anne Richards, CIO at M&G Investments, and a nuclear engineer by training who is a tireless promoter and connector of women. All are wonderful friends, mentors and supporters.

To redefine banking research by finding new ways to help senior decision-makers make sense of global complexity, bring together experts from across disciplines to solve problems and form new networks.

I got my first job at the age of 14 by walking into what I thought was the coolest shop in San Jose, California, Streetlight Records, and asking for it. I’m not sure I ever formally applied for a job thereafter; I’ve always tried to spot opportunities and creatively pitch how I can contribute, from teaching English in a small town in then-Czechoslovakia to convincing Citi that they needed a Chief Political Analyst.

I wake up at 6 every day—for the market open—have two cups of coffee while reading the overnight headlines to see what might move markets that day, and either head to my office in London’s Canary Wharf, catch a plane to see clients somewhere on the Continent or in the US, or take my daughters to school.

I don’t much, as my role analyzing the impact of political developments for financial markets is more or less 24-7. I do decompress by running in the parks of Northwest London four or five times per week. Music also helps: I’m a proud supporter of the baroque orchestra Academy of Ancient Music in London.

My two daughters, who believe that girls can do anything.

Provides insight into the Trump phenomenon before it happened, with dignity and humanity. Must read.

Age of Discovery by Chris Kutarna and Ian Goldin

Optimistic take on our new Renaissance and how we share its benefits–and survive ‎the disruptions.

Cause You Care About

Improving conflict resolution, which is leading to unprecedented flows of refugees (2/3 of whom are women and children). Also furthering the economic prospects of women and girls by reducing gender inequality.

Madeleine Albright said there is a special place in hell for women who don’t help other women. I feel extraordinarily lucky that I’m part of a community of women — friends and colleagues — who really support each other, professionally and personally. They’re indispensable. And a few good men, too.

Provides insight into the Trump phenomenon before it happened, with dignity and humanity. Must read.