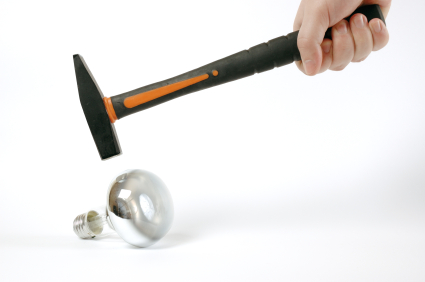 Entitlement: (n.) the belief that one is deserving of, or entitled to certain privileges.

Twenty minutes into my daughter’s tennis lesson, trying to be efficient, I began to pick up the loose balls on the court. Her instructor stopped me. “Parents,” he said, “can mollycoddle their kids, but when they’re with me, they clean up their own mess.”

Entitlement is pervasive in American culture. The athletes and coaches who traffic drugs or abuse children because the rules don’t apply to them; millennials who, at a time of high unemployment, expect more concessions and perks, not fewer; politicians who can legally buy and sell stock based on non-public information. As Aldous Huxley wrote, “Most human beings have an almost infinite capacity for taking things for granted.”

In a business, entitlement inhibits innovation. And without innovation, we have sluggish economic growth. Consider, for example, one of the start-ups I backed as an angel investor. We had budgeted $90,000 for a particular expenditure. At the last moment, one of the senior decision makers unilaterally made changes, none of which was critical, just to throw his weight around. This decision led to a crippling overage of $30,000, a factor in the company’s demise. One business down, fewer jobs created.

In recent decades, we’ve bred a culture that is anathema to respect. We rightly applaud the Internet citizenry that brings about freedom of information and crowd sourced fundraising for creative projects and non-profits. But if we subtract accountability from empowerment, employers, for example, may wonder if they really wield the authority to demote employees when they underperform. Or worse, when managers and boards of directors (like those at UnitedHealth) fall prey to wanting to be well-liked instead of running a business well, that’s its own guise of title without obligation.

In failing to hold our charges accountable, we slip a noose of entitlement around their necks. When my son, for instance, pleads to stay home from school because he hasn’t studied for a test, part of me wants to say yes. He’ll like that. It will feel good. I’ll be his friend. But what happens in college or on the job and he can’t meet a deadline? Better that he be steamed now than cooked later. Likewise, by not allowing our employees to experience consequences, we wrap a noose around their necks, and ultimately ours.

Here’s how I see entitlement playing out for me as an individual: it enters the picture when I think I have the right to something, like a promotion,

just because I showed up. Or I expect someone to do me a favor, without any reciprocity, just because I need it. Or even when someone gets an opportunity that could have legitimately been mine and my reaction is, “Why should I bother?” Instead of “What did they do that I didn’t?” Failing to acknowledge the hard work of other people can be a form of entitlement. As can becoming a benevolent dictator to my staff, deciding that seeking consensus is no longer required. After all, I know what’s best for my employees, because I am literally en-titled.

In fact, boundaries and challenges can empower and embolden us.Behind most major entrepreneurial insights is a person who had a problem to solve — from Marci Harris, the CEO of POPVOX, who wanted to help congressional staffers make sense of the 350 million email messages and correspondence they receive from constituents and lobbyists each year, to Scott Cook, the founder of Intuit, who aspired to help people

manage their finances more easily. But, if from a very young age, we solve our children’s problems for them, we are cutting off our supply of creative problem solvers, future innovators, and entrepreneurs. People do occasionally choose to disrupt themselves, but more frequently, disruption comes because we hunger for a better life. It’s no wonder then that the emerging markets are a seedbed of innovation. Or that 52% of Silicon Valley’s start-ups during 1995-2005 were founded by immigrants. When we are satiated with stuff, we lose the imperative to innovate and disrupt.

One entrepreneur friend embodies what I aspire to. He will tell you he was born with a silver spoon: well-educated, well-connected, and well-off. When I first met him, I assumed that he would expect people to just show up for him. Instead, he feels the weight of his good fortune. He’s pulled out the stops to start two businesses and is now on his third. He enjoys the privileges of the developed world, but has the drive I have seen time and again in the developing markets.

Most of us believe we deserve opportunity — we are brimming with confidence and competence to change the world. It’s vital that we are also equipped with the humility to understand that changing the world requires that we change ourselves. Life, liberty and the pursuit of happiness are inalienable rights. They are our birthright. If we properly exercise that birthright, there will be tremendous innovation and growth, even prosperity. Let’s not give up our birthright because we think we deserve it.

Additional Reading:
“It’s Not About You” by David Brooks
“How to Land Your Kid in Therapy” by Lori Gottlieb
The Entitlement Trap by Richard and Linda Eyre

When I first spoke to Richard and Linda Eyre about their book, The Entitlement Trap, I encouraged him to write an op-ed discussing how entitlement affects the workplace.  I found myself suggesting this again a few months later when I saw Linda.  That got me wondering.  Am I suggesting this just because it's a good idea for them, or because it was a topic I wanted/needed to explore further?  Having now poured my brain into this post — I realize it was.

If you are at a loss as to what topics you might be discussing, examine what ideas you find yourself suggesting that others write or talk about, over and again.  Or what articles you forward to people.  Or who you cc on Facebook or Twitter.  It's likely this impulse has shown you something about you. Or as S. Max Brown writes, “Be mindful of the things we celebrate.  They are a reflection of the things we hold in high esteem.”