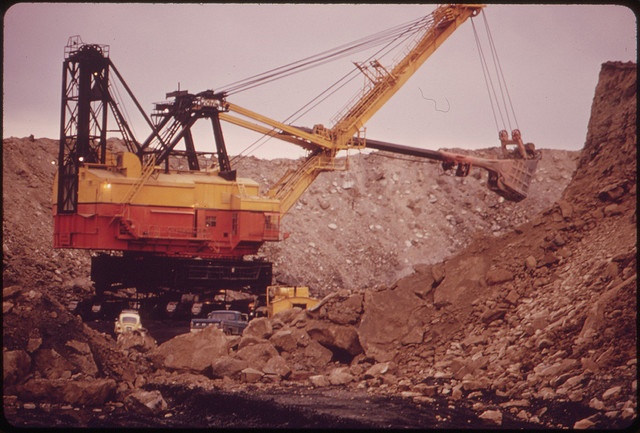 Marissa Mayer sounded cheerfully optimistic about Yahoo’s growth in her first full year at the helm. And why not? Earnings were up a whopping 40% and stock has more than doubled since Mayer took the reins in July 2012.

But revenue –the real indicator of growth– was down 6% to $1.27 billion due to adecline in display ads, the engine of Yahoo’s business.

Although the investment thesis for the last 18 months has been “turnaround,” it has masked the underlying story: the once darling disruptor continues to be disrupted.

Yahoo’s dilemma is a textbook case of disruption. A start-up plays where no one else is playing, wondering if there could possibly be a market. After years of iteration, the products finds a buyer, revenue growth begins to accelerate, margins expand. As the business matures, demand approaches saturation, and that longed for plateau of profits, can quickly become a precipice.

For Yahoo, it was banner ads. Though they made their debut in the nascent days of the web, Yahoo flipped the revenue model on its head in the early 2000s when it shifted to tracking ad response rather than impressions.

But think about it. When was the last time your eyes didn’t glaze over at a banner ad? When did you last click on one –on purpose? That’s Yahoo’s core business.

And then there’s the question of mobile. If you are reading this on a mobile device, which you likely are if you are a peripatetic parent, Yahoo’s banner ads need not apply.

On the face of it, a device is a device is a device. Jennifer Lum, co-founder of ad-targeting Adelphic Mobile, explains otherwise. “Even though every website can be accessed on a desktop, notebook, tablet or phone, the differences in the underlying technologies that power online and mobile content ads are substantial.”

Google Ad Chief Susan Wojcicki shares, “We can’t just take what we had on desktop and apply it to mobile. There’s an app world. There’s location. Screen size is different. It’s a new technology, so a lot of the advertising components haven’t caught up yet.”

The gulf is only getting wider. According to Elisa All, CEO of 30Second Mobile, “If you are a mom, you are spending 6.5 hours a day on your mobile devices.” With Yahoo’s banner ads sandwiched between the content, its nearly impossible not to avoid an inadvertent click in the attempt to navigate to the content you really want. The only impression logged there is of another annoyed user.

It’s not just the big ad sales gals like Yahoo that are slow to adapt. It’s also the large ad buyers for whom the process of buying online ads has become streamlined due to the common currency of cookies, a file that identifies a user. “If an ad system can’t identify a user, it can’t drive strong performance for advertisers,” shares Adelphic’s Lum.

No wonder we are seeing the rise of mobile ad platforms such as Millennial Media(now publicly traded), MoPub (acquired by Twitter) and Lum’s Adelphic. These mobile natives are capturing the increasingly large ad market, which is forecastedto grow from $18 billion in 2014 to $52 billion by 2017.

The even bigger cookie to crumble for online ad behemoths is content marketing, including case studies, white papers, and blogging. It’s a market estimated to be more than $100 billion and frequently accounts for 25-30% of an advertiser’s budget. Says All of 30Second Mobile: “For brands, the content has become the ad. Content is the brand opportunity.” If Kevin Spacey’s character in House of Cards could weigh in, I could hear him say, “Those of you reading this piece may even say that the mention of Adelphic and 30Second Mobile is content marketing, but I couldn’t possibly.”

Yahoo did purchase Tumblr, a potentially very good vehicle for content marketing. By hiring New York Times columnist David Pogue and television journalist Katie Couric and launching an online cooking magazine, it appears to be sallying into the content business.

Mayer’s done what she could with the hand she was dealt. Now she must make the terrifying leap to a new curve. No doubt the market will pummel the stock price for self-imposed disruption, but digging deep, it’s the only way through.