LinkedIn | Food On Our Plate: Friend or Foe? 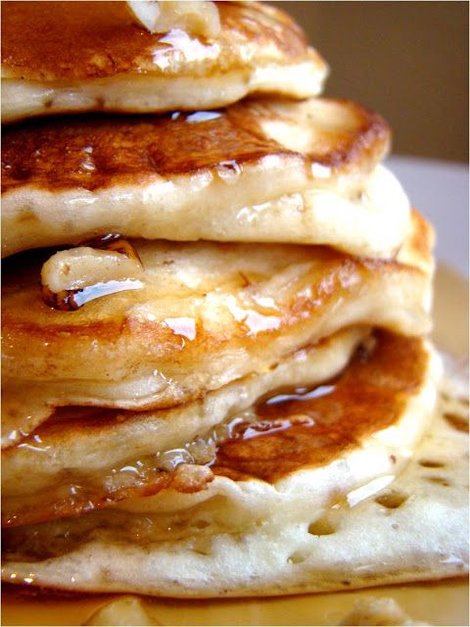 When I was about 10 years old, I remember sitting in my grandparents' breakfast nook, eating as many pancakes as I possibly could, then spiking my fork like a football, and proudly declaring, “I just ate eight pancakes!”

That's the story that came to mind when I read thatchildhood obesity rates in theU.S. have declined for the first time. Not the statistic, “obese children are five times more likely than their peers to remain overweight as adults.” Nor themounting evidence that being overweight can significantly curtail career advancement.

There are some logical reasons for an increasingly plump populace. Ours is a knowledge economy. Most of us make a living by the sweat of our brain, not brow. To counter an unavoidably sedentary lifestyle, there are policies being implemented, such as increasing the quality of meals in schools, and funds being allocated such as The Robert Wood Johnson Foundation's $500 million grant being put toward reducing childhood obesity.

But what about those eight pancakes I ate?

We clearly have a formidable foe on our hands. But who exactly is the foe?

In her Truce with Food work, Ali Mari Shapiro takes an unusual approach to eradicating obesity. “Rather than talking about food and body with hyper-masculine war terms, such as ‘arming yourself with fat facts' and ‘conquering cravings', we need to replace fighting with diplomacy — stop fighting, and start trying to understand your relationship with food.”

As adults, there is little we can control. As children, there is even less.

But we can — at least in the developed world — control what and how much we eat.

Said Geneen Roth, “If we are interested in finding out what we actually believe — we need go no further than our plates. God is not just in the details; God is also in the muffins, the fried sweet potatoes, the tomato vegetable soup. God, however we define him or her, is in our plates.”

There is much to be done to reduce childhood obesity, but one of the best places to start, is to give the children in our care, a world in which they never go hungry for food, or love.