LinkedIn | Get Innovation Right: Tap Into Women Over Forty 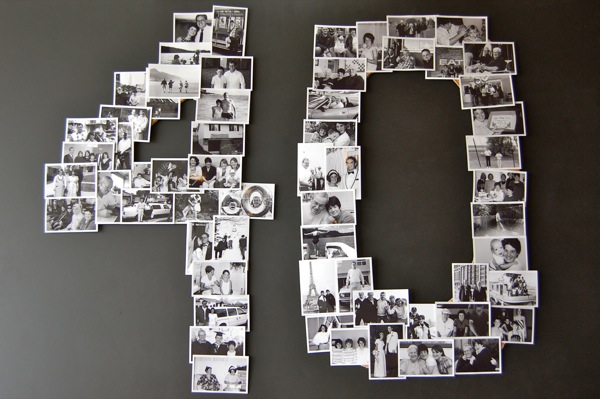 I still remember that moment in junior high school when I realized I wouldn’t, and couldn’t, become an Olympic ice skater. The window for learning to do double and triple axels had closed. Inexorably. And, having graduated from college at twenty-seven, it was rather obvious I wouldn't be gracing a “30 Under 30” list. When I turned 41, it occurred to me I wouldn't be making it onto a “40 Under 40” list either, prompting me to wonder, Will I ever make it onto any list?

The price we pay for expertise, even wisdom, is age. Yet our ‘bright shiny object’ culture is pervasive. Perhaps we persist in idealizing the young because of the very seductive job it does for us. When we write about, sponsor, or invest in someone much younger, we can project our own aspirations onto them, a sleeker, more nimble version of ourselves, pouring our accumulated experience into an extreme makeover or trophy version of us.

And yet, we pine for lost youth to our personal and societal detriment. As Meredith Fineman wrote in her slightly satirical Harvard Business Review piece “Just How Old Are You?” we can bring something to the table at twenty-four, forty, and sixty-four. Indeed if you are seeking innovation, which at its essence is the ability to go from stuck to unstuck, to move forward not backward, it is more likely to happen after forty, not before.

According to New York Times article Innovators Get Better with Age, research indicates that a 55-year-old and even a 65-year-old have more innovation potential than a 25-year-old. He also notes that the directors of the top five grossing films in 2012 were in their 40s and 50s. While Nobel Prize winners may make their break-through discoveries earlier in life – the average age is around 38 – typically it takes twenty years to socialize their ideas, meaning they don’t receive recognition for their achievements until around the age of 60.

Then there’s the research around entrepreneurs. “The average founder of a high-tech startup isn’t a whiz-kid graduate, but a mature 40-year-old engineer or business type with a spouse and kids who simply got tired of working for others,” says Duke University scholar Vivek Wadhwa, who studied 549 successful technology ventures. And “according to data from the Kauffman Foundation, the highest rate of entrepreneurship in America has shifted to the 55–64 age group, with people over 55 almost twice as likely to found successful companies than those between 20 and 34.”

Despite compelling evidence that we should be seeking out more experienced workers, we continue to put our eggs in the ‘younger the better’ basket. If we want an injection of innovation, it’s time we recognize that life doesn’t end at age 40. On the contrary, at age 40 we’re just getting to the best part. After spending years on the low end of the S-curve of experience, we are now ready to accelerate into a sweet spot of competence and contribution. Indeed, according to famed developmental psychologist Erik Erikson, this is a period of generativity, where our wealth of knowledge and know-how can move innovation into overdrive. It is a time where we are supremely motivated to do not just for ourselves, but for others, as we ask the question, What can I do to make my life really count?

For women, this phenomenon is particularly true. Many women (43%, according to The Atlantic) take time off from career paths to parent. To some in the C-suite, this makes them less committed and less capable. What I see and have personally experienced is that those years “off track” actually increase and diversify a woman’s portfolio of skills and knowledge, increasing her potential to become a powerful player in her 40s and beyond.

Which is why Christina Vuleta, founder of 40:20 vision, and I partnered to create the Forty Women Over 40 to Watch list. I love what iconoclastic angel investor, founder of 500 Startups, Dave McClure has said, “My intent is to corner the market on women founders. If there is any bias whatsoever, I’d like to selfishly take advantage of that.”

Help him out, help us out. Who are these women?

We are stuck in so many ways, on so many things around the globe. To get unstuck, to innovate, we need to continue to invest in and sponsor millennials, and to press for changes in immigration laws so as to bring in bright, young and hungry entrepreneurs from abroad. But let's also start investing in one of the most valuable (and often overlooked) resources we have: women over forty. If you need any help, we've got a very long list.

If you’d like to nominate a woman over 40 poised to contribute in a meaningful way, nominate her here: nominations close on April 30.