LinkedIn | Has the Theory of Disruption Hit Puberty?

LinkedIn | Has the Theory of Disruption Hit Puberty? 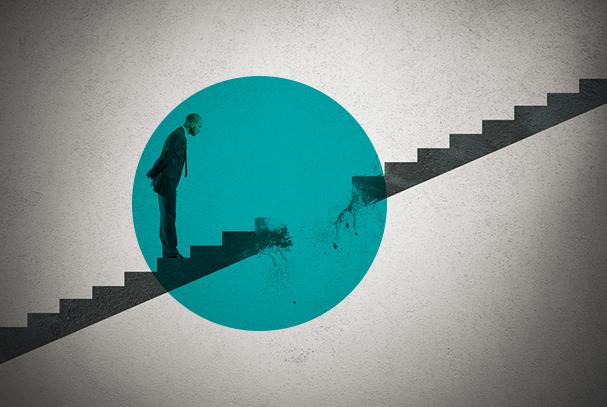 In the New Yorker article, What the Theory of Disruption Gets Wrong, Jill Lepore states, “disruptive innovation as the explanation for how change happens has been subject to little serious criticism.”

There’s a good reason for this.

As people learned about the theory of disruptive innovation, they immediately saw this as an algorithm that would explain their personal experience. There wasn’t quantitative evidence, but the body of qualitative evidence quickly mounted.

In 2004, I was a sell-side analyst covering the emerging markets. As I read The Innovator’s Dilemma, I realized that Christensen’s theory explained why mobile penetration was repeatedly beating expectations. Two years earlier, I had started covering America Movil, a Latin American cellular company. At that time, wireless penetration in Mexico was 25%, having already surpassed wireline at 15%. Based on who could afford a higher-end cellular phone and had access to credit, penetration possibly, maybe, would reach penetration of 40% or 40 million people.

Carlos Slim, America Movil’s controlling shareholder, saw a different opportunity: 60% of the population or 60 million people who wanted to communicate but couldn’t afford to. Slim went after these individuals with subsidized handsets and pre-paid cards. For this demographic, inferior sound quality (at least initially) was a small price to pay to get connected. Today, wireline penetration in Mexico is still under 20% — wireless at 90%. Disruptive innovation theory provided a framework for understanding what I saw happening in the emerging markets.

The more familiar I became with these frameworks, I suspected they weren’t just applicable to industry, but also to individuals — to me, in particular. I had now been an Institutional Investor-ranked sell-side analyst for nearly a decade, and was at the top of my game. But I was also ready to do something more, to make a dent in the universe. According to the theory, I if I stayed at Merrill Lynch that wasn’t going to happen. To upend my status quo, I would need to play where no one else was playing – so I became an entrepreneur.

“The theory of disruption is meant to be predictive,” says Lepore, suggesting that it isn't. According to Christensen’s research, when a company pursues growth in a new market rather than an established one, the odds of success are six times higher and the revenue potential 20 times greater. This is obviously good. But even with the odds six times higher, at 36% v. 6%, you still may fail. Lepore writes that Christensen launched a fund in 2000 that underperformed during the dot com bust. By definition, disruptive stocks are going to be more volatile than the market. What Lepore doesn’t write is that in 2007, Christensen launched another fund, which I co-founded – and when I sold my stake in 2012, we were significantly outperforming the broader market. The theory of disruptive innovation is just that: a theory, or a proposed explanation whose status is still conjectural. It isn't foolproof. NO theory is. As Darwin would have predicted, the theory of disruption is still evolving.

In fact, I believe that Ms. Lepore’s article will help with this evolution. Most of us like ideas and people that fit into our worldview, but there is tremendous value infinding room for those that don’t. According to Christensen and Boston University Professor Paul Carlile Christensen, in The Cycles of Theory-Building in Management Research, “It is only when an anomaly is identified — an outcome for which a theory can’t account that an opportunity to improve theory occurs.” Ms. Lepore’s piece is fertile with anomalies, providing opportunities for further research. Perhaps beginning with Apple.

The Innovator’s Dilemma was published in 1997, making the theory of disruption seventeen years old. A teenager. According to Erik Erikson’s theory of developmental psychology, this is the time when people undergo the transition from child to adult. There is an identity crisis, where the question is asked – Who am I and what can I be? There is an opportunity now for the theory to grow up. Ms. Lepore described this theory as being founded on “panic, anxiety and shaky evidence.” That is one possible interpretation. I believe it is founded on courage, confidence – and rafts of qualitative data. Innovation is ultimately about moving from stuck to unstuck – whether for a company, an individual, or a theory. Whether you agree or disagree (or both) with Ms. Lepore, certainly her piece has the potential to make an adult of these frameworks. In the meantime, the theory of disruption is just coming of age. Let's treat it like the teenager it is, and give it a few more years before we decide how it measures up.

Whitney Johnson is a co-founder Clayton Christensen's investment firm, a speaker and coach on innovation and investing. You can sign up for her newsletter at whitneyjohnson.com.