LinkedIn | If You’re Scared and Lonely, You’re Probably on the Right Path to Disruption 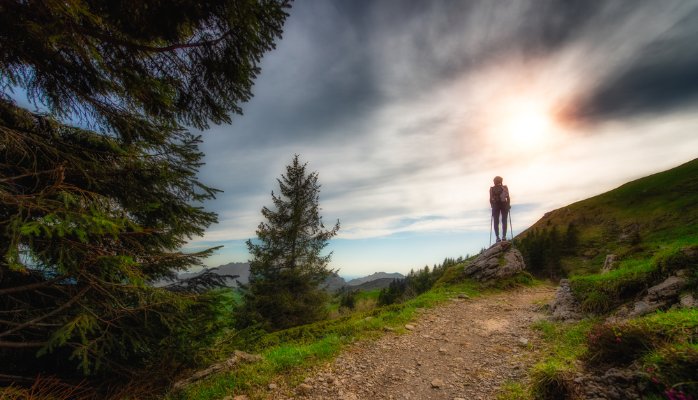 In this series, professionals explain how to lead in times of turmoil or growth.Read the posts, then write your own (use #HowILead in the body of your post).

In 2005, I was working as a sell-side equity analyst at Merrill Lynch. When I shared with a dear friend that I was going to quit my job, she asked, “Are you sureyou know what you are doing?” She was being polite. Euphemistic.

Have you lost your mind?

My job was to issue buy or sell recommendations on corporate stocks — and I was at the top of my game. I had just returned from Mexico for an analyst / investor day at America Movil, now the fourth largest cellular company in the world. As a sat in the audience with hundreds of others, Carlos Slim, America Movil’s controlling shareholders, and one of the world’s richest people, alternating with Bill Gates, was referring to me as “La Whitney” and quoting my research. I had large financial institutions like Fidelity asking for my financial models, and when I upgraded or downgraded a stock, it would typically move several percentage points.

Not only was I at the pinnacle of my career, but getting to this place of power and respect been hard-won. My husband and I had moved to New York 15 years earlier so he could pursue his PhD. We needed to pay bills so I had to get a job.  I’d majored in music (piano). With zero connections, and no business credentials, I started as a secretary to a retail sales broker at Smith Barney on 6th Avenue in Manhattan.

It was an exciting time to be in New York. It was the era of Liar’s Poker, Bonfire of the Vanities, Working Girl. I started to take business courses at night, had a boss who believed in me, and moved up from secretary to investment banker. This rarely happens. Later I became an equity research analyst, and eventually co-founded an investment firm with Clayton Christensen, a professor at the Harvard Business School.

Disruptive innovation is a term coined by Clayton Christensen to describe a low-end or new market innovation that eventually upends the industry. In my case, I had started at the bottom, climbed to the top, and now I wanted to upend my career.

Maybe I really was cuckoo bananas.

According to Christensen’s theory, disruptors secure an initial foothold at the low end of the market, offering inferior, low margin products. Their position is weak. Think Amazon in the '90s. No one is worried that an upstart bookseller will take a huge chunk of the retail book market. Barnes and Noble and Borders could have squashed Amazon like a bug. But market leaders rarely bother. It’s a silly little product that would add nothing to the bottom line. Let’s focus on bigger, faster, better. The problem is that once a disruptor gains a toehold, it is also motivated by bigger, faster, and better. By the time a counterattack makes sense, it is too late.

From Wall Street’s perspective, these disruptors are the companies and people that we want to invest in early on because their potential for growth is huge. Don’t we all wish we had invested in Amazon in the '90s?

There are volumes of research indicating that the odds of success improve for companies, even countries, when you pursue a disruptive course. As I applied these frameworks to investing, I became persuaded they also apply to individuals: it's personal disruption that drives corporate innovation.

But here’s the thing the textbooks don’t tell you: disruption is by definition scary and lonely. Amazing and wonderful opportunities have come since I walked away from Merrill Lynch, but there have been lots of days when I've felt a loss of identity, not to mention on a thrill ride to zero cash flow.

Seriously — what was I thinking?

It doesn’t mean you or your company shouldn’t disrupt. It just means if it’s lonely and scary, you are probably on the right path. In fact, if you have that feeling in the deepest part of yourself that you need to try something new and you don’t, you’ll probably die inside a little. There’s even a name for it — the innovator’s dilemma. Whether you innovate or not, you risk downward mobility.

As the pace of innovation quickens, you may feel as if you’re in the midst of the crashing wave. But what is unsettling can also be an amazing ride. It isn’t just about coping with the force of disruption, but harnessing its power and unpredictability, to pull you forward. Ralph Waldo Emerson said it best, “We are very near greatness: one step and we are safe; can we not take the leap?”

If you would like to receive occasional updates, including tips on personal disruption, sign up for my newsletter at whitneyjohnson.com. You can also pre-order my book “Disrupt Yourself: Putting the Power of Disruptive Innovation to Work” (release date: Oct. 6, 2015).