LinkedIn | It’s Time to Dream for a Living 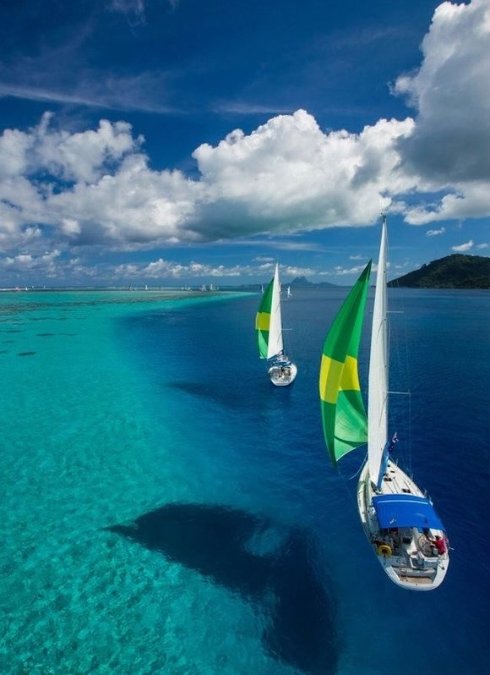 In 2000, I jumped from Salomon Smith Barney to Merrill Lynch. Though the move was lucrative, my primary motivation was dreaming a new dream. When I approached my managers about a new opportunity, they demurred, saying, “We like you right where you are.” So I changed firms.

By 2005, having been Institutional Investor-ranked for eight years straight, I again felt ready for a new learning curve. When I approached management, I heard the same script: “We like you just where you are.” This time, I took my dreams and walked out of the industry.

The lack of vision stumped me. Why would management not want to reward my good work with an opportunity to do more good work? What I failed to understand is that Salomon and Merrill were grounded in 20th-century enterprise logic, where profitability hinges on economies of scale and standardization. Under managerial capitalism, employees are an operating expense at worst, a sentient form of Property Plant & Equipment at best. My wanting to change roles was tantamount to a car’s wheel aspiring to become an engine. It was a non-starter.

Fast-forward to the digital revolution, and the age of the individual in which we now live. Zuboff posits that today’s consumers have “moved beyond the desire for mass-produced goods and services and instead seek individualized relationships of advocacy and support that enable control over their lives and meaningful channels for voice, connection, and influence.” We, as a people, have a deep sense that it is our privilege to ‘make’ ourselves: thus the widening chasm between “the metaphysical equivalent of the assembly line” that we still experience in the corporate workforce, and our “desire for self-determination” in our personal lives. As we step into a workplace that adheres to the manage-by-the-masses order, not only can we not ‘make’ ourselves, for many it’s a struggle to not come undone. Behold the causal mechanism for independent work and the rising tide of entrepreneurs: dreams are for sale at every turn, but please don’t bring them to work.

Just as Henry Ford turned the world upside down with mass production and physical assets, his world will be upended by businesses that understand and promote selfhood, an intangible asset. Research indicates that intangibles already make up between 60 and 80% of global corporate worth. However, according to an EIU survey of senior managers in 2004, 94% of respondents said managing intellectual capital was important. But 95% said they had no system in place to measure the performance of this asset class. In other words, 20th century corporations like Salomon and Merrill are missing the most important drivers of value: people and their dreams.

Not all corporations are mired in a mass production past. New media, from the Huffington Post to LinkedIn, have successfully disrupted the old order by tapping into our profound longing for voice. Financial backers are funding entrepreneurs who dream big, like Elon Musk whose ideas range from electric cars to space stations. And a sampling of the companies recently accepted into Boston TechStars reinforces that there is a healthy appetite for businesses that emphasize individuality. For example, Construct is a web-based apparel design software that allows people to upload their own images printed on custom-made dresses and constructed on demand using a 3D printer.

The gaming industry clearly understands the 21st century need for self-determination. The most popular games consistently offer players the opportunity to hone unique identities, build their own worlds, and pursue an actionable “dream” on an epic scale. Consider what Jane McGonigal, author ofReality is Broken, says are the defining characteristics of a good game:

1) Tackle unnecessary obstacles that push us to the edge of our abilities;

2) Activate extreme positive emotions for an invigorating rush of activity;

3) Do tasks wherein there are clear, actionable goals;

4) Find better hope of success because failure is fun (as in acceptable, even part of the game!);

6) Immerse yourself in epic scale ­­– our hardest efforts feel truly meaningful, because we see them within a much larger context.

These six elements also describe the ideal conditions for a work (and personal) life. When we are encouraged to dream and to pursue those dreams at work, we get the same psychological payoff as the player of a well-designed game: a rush of feel-good hormones flooding the brain and the consequent “addiction” to that feeling. We want to dream again and again.

Dreaming is already the driver of our personal lives. In a free society, we have the luxury of determining for ourselves where we will go, what interests us, how we spend our money and time. Isn’t it high time we hauled the 20th century en masse managerial mentality to the scrap heap and put dreams into the driver’s seat at work? Dreamers are disruptors, and if corporations want to survive into the back half of the 21st century, they’ll embrace and follow the dreamers instead of the herd: what a wonderful day’s work that would be.