LinkedIn | Let’s Agree to Disagree. There is a lot of good that can come from it. 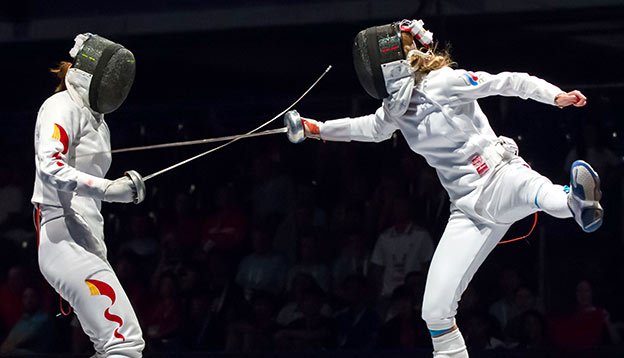 Recently, I published a post on HBR about why we sometimes need to engage in, rather than avoid, conflict. Below is an expanded version.

***
A few weeks ago, my daughter solicited my opinion, which I gave.

“Why did you ask, if you weren't going to listen?”, a favorite question used by parents everywhere.

When people don’t agree with us, we tend to interpret this to mean our views aren’t heard and respected. A zero sum game, with a winner and a loser.

In the book, On Combat, Dave Grossman, a specialist in the psychology of killing, explains that a universal phobia (an irrational, overwhelming, uncontrollable fear) is interpersonal human aggression. “When the causal factor of a stressor is human, the degree of trauma is amplified…as compared with stress resulting from random events such as natural disasters and traffic accidents.” When another human being causes our fear and pain, it can devastate us.

So, in addition to being addicted to being right as Judith Glaser describes it, if someone doesn't agree with us —‘fights’—with us, it can feel like human aggression. Terrifying.

I've previously discussed the value of negotiation, of seeking the win-win, the expanding pie, where there are no winners / losers. In my youth, and even more as an adult, I learned that if I couldn’t get what I needed by raw persuasion, or simple niceness, I could negotiate, barter. Good and valuable skills, often in demand.

But an overlooked aspect of moving up the S-curve, and battling entitlement, involves not just doing battle with ourselves, but tuning-in to different opinions, which may involve a fight. John Wooden said, ‘Find people who will argue with you.”

For our own good, we have to face-off against our unwillingness to confront.

So, I was intrigued by Saj-Nicole Joni and Damon Beyer's overlooked book, The Right Fight, exploring the premise that fighting can be productive. Her suggestions include:

Is the issue material, worth fighting about?  If you’re going to engage, it should be over something that genuinely matters.  Is the fight about the future, or a rehash of old power struggles, a desire to settle the score? Nothing productive there. The right fight is about an issue of significance still susceptible to change.

Second, think through the rules of engagement.

In business, the fight parallel is sport, not war.  A manager’s job is to referee, not sell tickets at the coliseum. It could be characterized as sparring, not kill or be killed. Your opponent is a peer and equal. Define clear rules. Sparring should not involve ego; the purpose is for the best idea(s) to win the day.

When you fight right, there are victories for everyone, even the apparent losers. A good manager will frame it that way. Jack Welch was a model for this in the ‘combat’ he staged for choosing his successor as CEO at GE. He created a right fight, telling his three top prospects that although only one could take home the top GE prize, the other two would be helped to find CEO positions elsewhere. GE reaped the reward of the best effort and ideas of high-achievers in constructive competition with each other. Three candidates. Fight fair. Fight well. The spoils go to everyone willing to show up to spar.

David and Goliath can be on the same team. Everyone is rewarded for contributing and being heard. Nobody needs to slay anybody. There is gold to be mined from opposition, no backstabbing required.

Entering the fray means that we care enough to risk discomfort in order to grow.

It has several meanings, all related to conflict. In psychology, cognitive dissonance results from holding incompatible viewpoints, and from conduct that is out of harmony with values. It causes great stress—but commensurately great relief when the conflict is resolved. In music, dissonance is often the source of beauty. A major chord pleases the human ear, but what we really love are the lush harmonies of a major 11 or 13th.

Music critic, Anthony Tommasini, writing on the long evolution of Western musicremarked, “If the composer and the listener would just let go of major and minor moorings, we could all revel in the daring and intense beauty of dissonance.” Tommasini notes, for example, that Brahms beloved First Symphony was described in 1833 as ‘full of irritant and restless discords.’

What has since changed? Not the music. It is our evolution to appreciate something that on first hearing was unfamiliar, foreign, and even distasteful, rather than to reject it out of hand.

We all love our comfortable ideas; we cling to our opinionated moorings as if for survival. But being able to truly hear the contrary ideas of others without complaint or affront facilitates success and enriches life. We may even find ourselves agreeable to things we initially found disagreeable — if we dare to give ourselves and others a chance.