LinkedIn | Like It or Not, Trump is a Textbook Disruptor 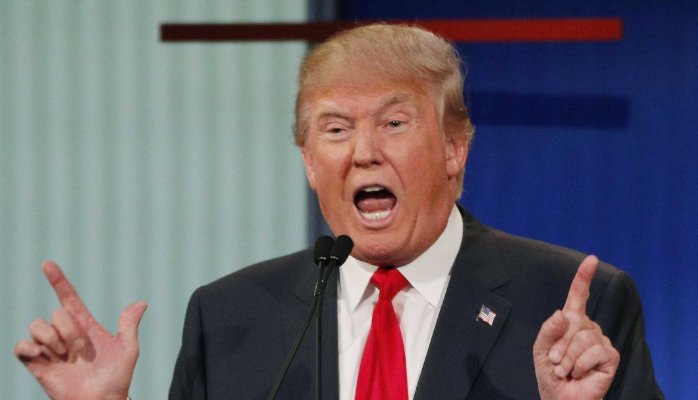 It's just a silly little thing. Nothing to worry about.

That's what General Motors said about Toyota, Borders about Amazon, Yellow Cab about Uber, and the Republican Party about Donald Trump.

Today, Toyota has three times the market cap of GM, Borders has closed the book on its business, Uber is driving down the price of a Yellow Cab, and Donald Trump is the presumptive Republican nominee for President of the United States.

A lot of ink has been spilled concerning Donald’s disruption of the Republican Party, but focused on a traditional definition of disruption—Donald as a disturber, an irritant, a naughty schoolboy that the Republican establishment wants to send to the Principal's office for discipline, but can’t.

Frustrating, but not the definition of disruption under consideration here.

If we apply the term-of-art ‘disruptive innovation' as a low-end or new market innovation that eventually upends an industry, does Donald Trump fit the paradigm of a disruptor? A Presidential election is an industry: the money involved in the 2016 iteration will eclipse the 2.6 billion dollars spent just four years ago for the general election alone. Big business indeed.

Let's see what the framework says:

Assume market risk.  A disruptor plays where no one else is playing, or wants to play. Disruptors accept the risk of having to create a market for their offering by courting customers who aren’t currently consuming. Initially, they fly under-the-radar, easily dismissed as ‘a silly-little-thing’ while gaining a foothold on the low-rung of the market ladder that no competitor bothers to challenge—until it’s too late.

Trump hit on this. Early in the election primary cycle the press, the pundits, and the Party leaders were all saying the same things. Trump didn't try to win these people over; he took his offering, his message, directly to the people who weren’t buying the conventional product. No one else was talking to this market, or satisfying their perceived needs. When we invest, we often make choices emotionally and then refine an intellectual argument justifying our decision. This is certainly true with a Presidential election.

We think we hire a president for functional, rational reasons, but national politics are as fraught with strong emotions as any other enterprise, perhaps more so.

Play to distinctive strengths. Disruptors are likely to be those who act on their distinctive strengths, owning them, and concentrating effort where they have acumen that others in their sphere do not. Many of us tackle big projects, analyzing our weaknesses and improvements needed to succeed. Not Trump. There’s a hefty catalog of his weaknesses as a politician and candidate for the nation’s highest office.  He is uninhibited by these shortcomings, choosing instead to do what he does better than anyone: firing off the bon mot, shooting from the hip—charismatic, and always ready with a strong and confident opinion, no matter how ill-considered it may be. He looms larger-than-life a character in a movie. The devil-may-care, thumb his nose cowboy. Then he morphs into the dictatorial bully, promising a safe playground to his supporters. His greatest gift may be to endlessly evade those who would hold his feet to the fire.

Embrace constraints.  For disruptors, constraints are a tool of creation. They spy opportunity where others only recognize lack. InTrump’s case, his campaign was constrained by its lack of prestige and credibility. No one took him seriously. He didn't have financial backing. The donors were all donating elsewhere. Even the Donald can't bootstrap without boots. So he loaned money to himself and garnered $2 billion of free advertising.

He capitalized on the perception that he’s a buffoon, generating a veritable circus of press coverage; aided by an opposition party salivating to run against this laughable candidate in the general election.

It remains to be seen whether they will come to rue this tactic.

Battle entitlement. Here’s where Trump falls short as a disruptor. He not only feels greatly deserving himself; he panders to our general sense of entitlement. In this he appears more like a mainstream politician. Still, he manages to persuade his constituents that his is a rags-to-riches story; that he has come up the hardscrabble way, fighting for every advantage, unlike the entitled career politicians, born with their proverbial silver spoons. Where Mitt Romney’s wealth alienated voters, Trumps billions are a source of pride to them. He portrays himself not as an American aristocrat but a man-of-the-people, the American dream incarnate.

Step back to grow. This is not Trump’s first Presidential rodeo; he did run before, and seems to have timed this second venture perfectly. In business as well, he has shown acumen for exploiting the step back as a springboard to leap forward.  Disruption often requires this technique: step back, reconsider, and then take another run at the objective.

Failure. Conventional wisdom suggests that Trump’s many documentedbusiness failures disqualify him for the Presidency. But failure doesn't limit daring and dreaming, shame does. Most of us struggle with shame, and experience it when we fail, especially publicly. Trump doesn’t step into that self-limiting trap. People hurl epithets at him—he just fights back. Failure makes him bolder, more resilient; he doesn’t pause to lick his wounds. It’s a textbook recipe for disruption.

If it doesn't fly with his supporters, he retracts. For a host of reasons, this is neither good nor ethical. Luckily for him, ethics don’t reign supreme in national politics.

Be discovery-driven. Disruptors test the waters, gather feedback, adapt accordingly. Trump doubles down on this. Throws out ideas and tests the response. If it doesn't fly with his supporters, he retracts. For a host of reasons, this is neither good nor ethical. Luckily for him, ethics don’t reign supreme in national politics. His campaign approach is discovery-driven. He may be as surprised as anyone at his success. He may have initially expected to simply stir the pot of political complacency and stagnation, not actually win the nomination. Many disruptors succeed beyond even their own wildest dreams.

It will be stunning if Trump wins the general election, but he's already beaten very improbable odds by pursuing his disruptive course.

For old-school die-hard Republicans it’s a bit of a pickle.

How they will ultimately respond is a question unanswered. But Trump has indisputably disrupted the 2016 Presidential election cycle, upended it, and perhaps more, far beyond it.