LinkedIn | You Are Successful. It’s Time To Do Something New. Now What? Talk to Stacy London. 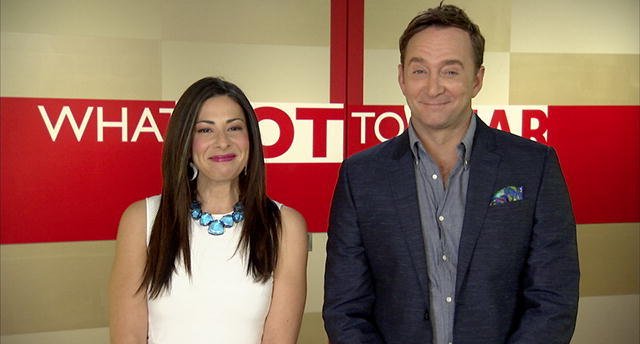 Personal disruption can be surprising and not at all welcome, at least in the near term. Yet we often look back and realize that the jolt that bumped us off the track also launched us into a new, more productive path. If we could have stayed in our prior situation, we would have missed it.

Why wouldn't we remain in our comfort zone? It's comfortable.

In Episode 9 of the Disrupt Yourself podcast, Stacy London shares her insight on this subject. She reflects on being fired from her job at Cosmopolitan. On how being disrupted feels as we get older vs. how we experience and cope with it in earlier stages of our careers. London has long been a prominent voice in the world of style and fashion; the co-host of What Not to Wear, a reality TV makeover show, fashion reporter for The Early Show, the Today Show and Access Hollywood, among others. Most of us have seen her in action at one time or another. She is also the author of the bestselling The Truth About Style.

Despite her high profile, London finds herself confronting the disruption of her personal career. And also of her entire industry at a time of life which in which we incline to reflection. There may be a degree of uncertainty about the work we have done, and may yet do. The disruption is unsettling. “There is this sense of fashion being about privilege. And that privilege has to do with wealth, youth and thinness. I’ve spent my life sort of arguing against those things,” she says. “What I didn’t realize was that I was not going to feel 47 when I turned 47…and the kind of reality jolt, the shock…of being this age and feeling like, ‘Oh, I’m not in the game anymore in the same way.’”

London is not the first person, nor fashion the first industry, to struggle for relevance in the face of time and change.  Many of us will hear echoes of our own experience in her words. She's spent a good part of her career in television. A medium which she says is no longer particularly fashion-friendly. “We went from being a how-to culture, with reality television that was meant to educate. To a me-too culture that came with the birth of bloggers. Instead of expertise we’re looking for mutual and shared experience—which doesn't require expertise.”

What do we do when the expertise we’ve spent a career acquiring is no longer valued as it once was? When it has been overtaken by new technology, or changing norms and cultural preferences? For London, the high-profile has been a coin with two sides. “Even now when I do stuff for Rachael Ray or Access Hollywood people say, ‘Oh, I know you. You’re that girl from that show. Oh, I used to love you. What have you been doing? Where have you been?’ It’s almost like I can’t outrun the What Not to Wear reputation.”

In the midst of her soul-searching, London is planing a new book. She will explore the issue of envying the young. “Having younger friends at the beginning of their career. They’re launching websites and television shows and they’re 30 or 31 or 32, just when I started.” And the necessity to experience and work through and then resist, envy. “I don’t want to envy my friends.”

Rather, she wants to support and help. To offer her hard won expertise or a connection that can lift a promising career. “I experienced such graciousness, such generosity from women I worked with when I started in television. These women blazed a path for me and then said, ‘Walk down it.’ I don’t ever for a second forget how important that is. I don’t want to be the woman who’s kicking and screaming, who doesn’t want to let go because I’m jealous.”

It’s a brutally honest interview about both the pleasure and the pain that we encounter during the changing seasons of life and career. Success and failure. Waxing and waning. Invention and reinvention. If you haven’t felt the emotions that London expresses, your day will come. I invite you to listen here.