Maureen Chiquet, Former CEO, Chanel and now a speaker and author of Beyond the Label: Women, Leadership and Success on Our Own Terms, is my guest on the Disrupt Yourself Podcast.

When you read her current title, and former and present accomplishments, ‘failure’ isn’t the word that first comes to mind. But Chiquet had some bumps in the road along her way to success. In fact, her career exemplifies the disruption accelerant of being discovery-driven, which almost always goes hand-in-hand with being willing to give failure its due.

The first of these ‘failures that lead to success’ came, as it often does, before the career had really even begun. Chiquet had earned a degree in literature, one of those liberal arts disciplines that can lead us anywhere but, at least initially, looks like it’s leading nowhere.

“My dad is a lawyer. Still is and was then. A very successful lawyer and I admired my dad so I thought, ‘Well, I don't know. I guess I'll just go take the LSAT.’ I mean what else do you do, right? All of my friends, by the way, had jobs in banking or management consulting and you know, I was a literature major and I was not going that way. So I went to take the LSAT and I sat down in front of the test, and the words just started swimming around. I read one problem, but I couldn't really figure out the answer. I just guessed it [then] I did that with the second, the third. After six questions I had no idea what I was doing. So I called over the proctor and he said, ‘What is it?’ And I said ‘Here's the test. I don't want my results.’ And I walked on the LSAT.” 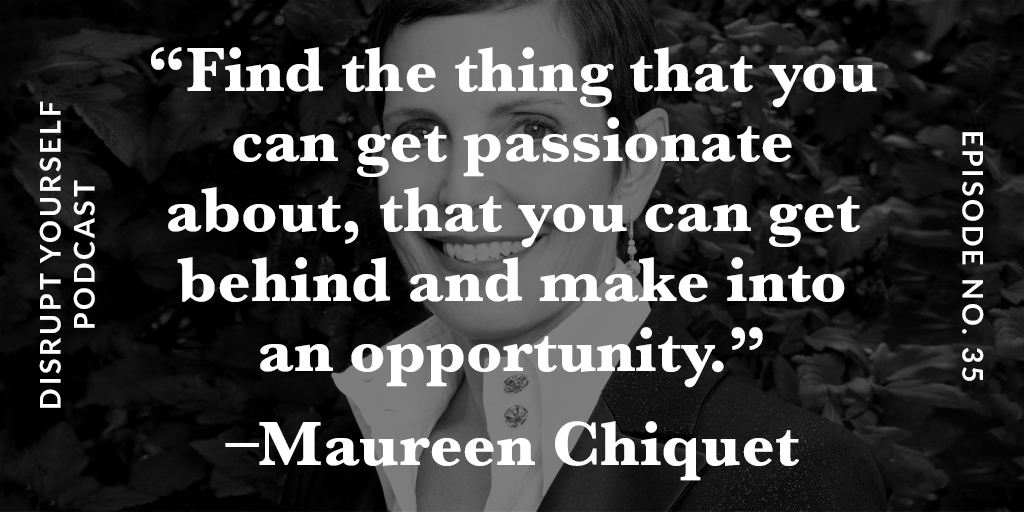 This was a serious moment of discovery for Chiquet, who’d never really failed at anything before. In fact, the opposite was the true.

“I was so high achieving. I mean I was a kind of kid who spent, you know, every Saturday and Sunday in the library. I went to Yale and I worked so hard and you know I was determined to get…I got really good grades. I was determined! I really wanted to do something; it's just, I realized it was one of those moments where you go, ‘I can't do this. This is not the life for me.’

Chiquet had spent a summer at 16 and a semester while in college in France and fallen in love with the country. Finding herself at loose ends, and with the help of connections she’d made from her earlier French experiences, she headed across the pond to Paris, an entry level position with L’Oreal, and the beginning of a retail career that she could never have imagined from the start—like a lot of careers, as it turns out. Sometimes it’s not the position that matters as much as it is the place, or the people. This was true for Chiquet.

“If I had not had a job, I would have moved any way to Paris and I would have gotten, I don't care what kind of job. I would have swept floors, I would have, you know, waitressed—I would have done something so that I could be closer to that culture. That's how important it was to me at that time and still.”

Hear about her whole discovery-driven journey by subscribing on iTunes or using the player below: