Eating Your Way to Who You Are

A few months ago, one of our audio engineers, Whitney Jobe, suggested I listen to Shawn Stevenson's podcast, The Model Health Show.

I typically like his recommendations (and not just because we have the same name), so I started to listen.

The title of the episode he wanted me to listen to was, The Heart Masterclass: Blood Pressure, Blood Sugar, and Four Tips to a Healthy Heart. Ouch. The show was not pulling any punches and truth be told, I didn't want to hear what Shawn had to say.

Somehow, someway, I just knew where this was leading – he was going challenge me to stop eating sugar. This would be a problem. We have had this on again, off again thing going on, me and sugar, and I didn’t want to break up.

A few months later, Whitney Jobe said, “I want you to interview Shawn. He has a new book coming out.” Because I try to say yes to people on my team as much as possible and because I knew it was a good idea, I did say yes.

I read Shawn's entire book Eat Smarter and prepared assiduously for the interview. Now inspired, I decided to do the 30-day healthy challenge. I decided to break up with sugar. Again.

It's different for everyone, but for me, the 30-day challenge basically means, no cookies, candy, or cakes for 30 days. I'm on Day 24 of the challenge and, I am pleased to report, it is easier than I thought it would be. I feel better. My blood pressure is down, and I am sleeping more soundly. All because I changed how I eat.

This is Shawn’s message in a nutshell: Food is your secret weapon.
My interpretation: Disrupting yourself may begin with what you are eating.

This isn’t just his opinion; he has the science to back it up. In fact, in our interview Shawn referenced research conducted with prison inmates. This research revealed that, “having a bad diet is a better predictor of future violence than past violent behavior.”

From the boardroom to the classroom and in all walks and stages of life, food can make or break you. Which begs the question, how are we resourcing our most important asset, our very own body?

Understanding the relationship between food and the human body, discovering the important roles nutrients play at the most granular level, is eye opening. Nutrition impacts how we show up in every facet of our lives.

Cognitive processes can either improve or degrade, based on nutrition.

Energy levels, the ability to be fully present in a meeting that runs long, or the interview scheduled toward the end of the day are all impacted by nutrition.

Life is especially hard right now. Why not give our brains and bodies every tool they need to operate at their best?

Whether you choose the challenge or not, I encourage you to listen to what the people closest to you are saying (sometimes, they know us better than we know ourselves).
​
There's that feedback again, that we talked about in our January 28th newsletter, Feedback, Failure and Growth. Listen to feedback… break your addiction to being right (as in closed-minded and not listening to other people). In doing so, you might just start to get a handle on a few other things that are slowing you down along your current S Curve. 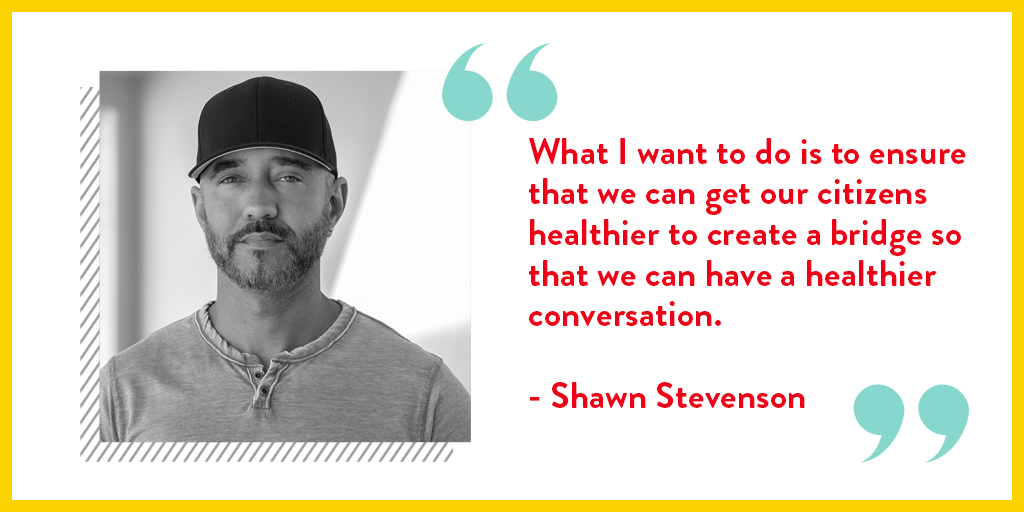 Here's to you and food, your secret weapon,Finally, one fun thing I loved from Shawn’s book:
​
​“Your brain is like the Godfather watching over the whole neighborhood…a mighty regulating force. In your metabolic business, your gut is second in command, monitoring everybody coming in and out of the neighborhood, sending information back and forth to the Godfather.”

You can listen to my full interview with Shawn here.