Not surprisingly, the interview yielded a trove of great stories, but one particularly stood out to me.

Zaza had just come to the U.S. from his native Georgia (the country, not the state). He was 19 years old, on his own in an unfamiliar land where he knew basically no one.

Launch point of the S Curve, for sure. He needed support.

Support came from different people, including the veteran players who were his teammates and who helped him find his place on his first team, the Orlando Magic. (Hopefully, he says, the rookies he played with in his later veteran years feel the same way about him.) But one crucial person he named was Doc Rivers, his first NBA coach. Doc made a unique difference in both ZaZa’s mindset and his physical effort.

Frustrated just ten games into the season, because he wasn’t playing—rookies often don’t—Doc Rivers called Zaza into the office and said, “Zaza, you just need to stay ready. I don’t know when I’m gonna call your name and put you in the game. All you have to do right now is be a pro and keep working and staying in shape.”

It’s interesting that Doc Rivers, who had been named the NBA’s Coach of the Year in 2000, was fired just 11 games into the 2003/2004 season, only a few days after he gave Zaza this career and life changing feedback. Ironically, Rivers was fired again earlier this week because the Los Angeles Clippers, whom he’s coached for seven seasons, had underperformed expectations. They advanced only to the western conference semi-finals this Covid-19 truncated season, instead of winning the championship. Basketball is a team sport, and the coach is only one variable in the mix. But Rivers, in professional and good leadership fashion, accepted full responsibility for the team’s shortcomings, complimenting and congratulating his players, thanking the organization for their support, throwing no one under the bus except himself. A great leader, who will have his pick of new head coaching opportunities to choose from in the near future.

Over the past few month, I've been on a leadership journey of my own, in a women's organization called the Relief Society. I am what could be characterized as a senior leader, not the leader.

I've noticed that the leader, Etta King, does the kinds of things that Zaza Pachulia describes Doc Rivers doing. She anticipates, she’s tuned in to when others are discouraged, and then reaches out to say, essentially, “I’m going to call on you and I need you to be ready to do what I need you to do.” All this while encouraging, supporting, appreciating.

Finally, you may remember that we had Hubert Joly on the podcast. Hubert, along with Hortense le Gentil, generously agreed to do a 30-minute strategy session with three of you, our wonderful subscribers. We had a session yesterday, and Hubert said something that hit me in the gut. “As a leader, if you want the people who work for and with you to serve you, you aren't a leader, you are a customer. Like the person who walks in the store. Do you want to be a customer, or do you want to be a leader?”​

Doc Rivers is a leader, giving support to Zaza Pachulia—and many others throughout a stellar career. Etta King supports the people who work with her, that's what Hubert Joly does—and that's what I want to do, though I fear that sometimes, too often, I am more of a customer. Something to think about. 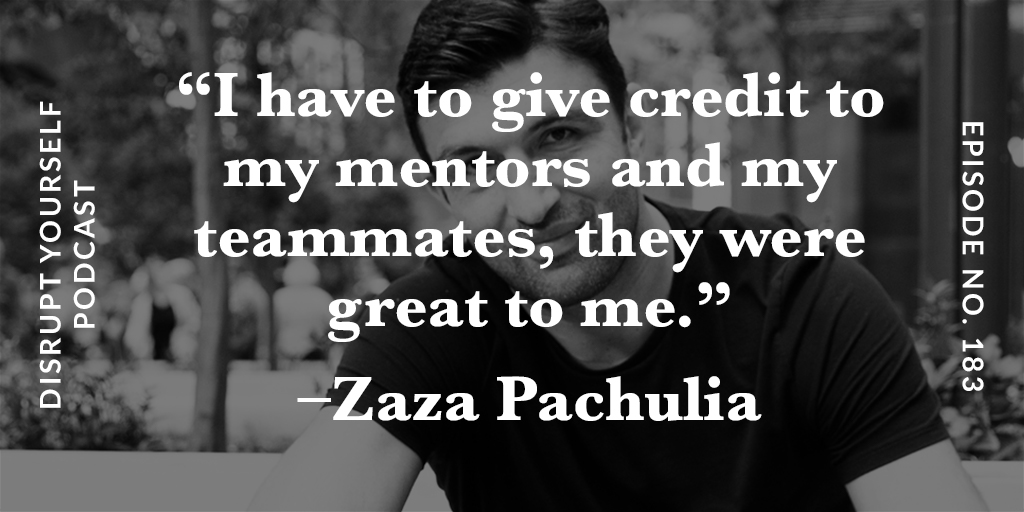 My best,As always, thank you for being here.

P.S. I will be speaking at 100 Leaders Live on October 13th alongside some very smart people like Alex Osterwalder, Pamay Bassey and David Peterson. I hope you’ll join us. Learn more here!