When was the last time you received feedback? How did you respond?

These are important questions. I recommend asking them of people you may want to hire.

The answers I’m looking for are: a) recently, preferably today or yesterday; b) because of the feedback, I course-corrected; implemented at least a part of what I heard.

Because if someone has received feedback in the recent past, it probably means they receive feedback pretty regularly, which is the result of being open. It also means people trust it will be well received—no retaliation.

Imagine then my (almost) delight when in the last twenty-four hours, I myself received feedback. It was uncomfortable in each instance for my colleagues to tell me that something might be misperceived, I had offended, and something could be improved.

We all have an ego, an identity which, when challenged, can leave us feeling like we are in a free-fall. Feedback is an invitation not to be who I am today. But, Who am I if I don’t know who I am? The price of a new, better self, is my old self. Paying it, is personal disruption.

And I’m not just talking about negative feedback. It's more than what we should or should not be doing.

We can be equally impervious to or reluctant to receive, positive feedback. Just a few hours ago I received a compliment. I had to write it down because if I didn’t, I would forget. Like amnesia! But if we want to climb an S Curve faster, we play to our strengths. Strengths that are often invisible to us, but glaringly obvious to those in our orbit.

If we are going to climb an S Curve, we need feedback. We need to be reminded regularly of what we are doing well––and actually acknowledge what we do well—so we can consciously do more of it. We also need to know what we aren’t doing well—so that we can reassess and learn from it.

The fastest way to get that information is for people around us to tell us. This is certainly true when it comes to character development. If no one tells us what we could do better, or we ignore what we are doing well, our growth will be stunted.

Feedback accompanies failure. When things don’t go as planned what can we learn? How will we course correct?

That’s the topic of our podcast this week. It’s our 200th episode, A 45-minute deep dive on how failure is an important feedback mechanism that helps us move up our current S Curve. It’s also the seventh in our ongoing series around the framework of personal disruption that began with Episode 80, where we talked about Why Disrupt Yourself. We encored that episode at the end of 2020. 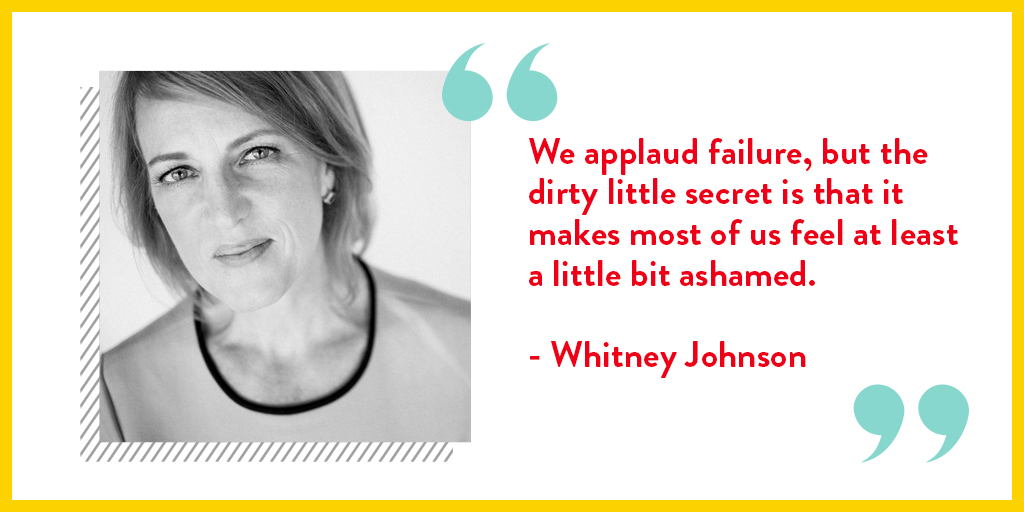 I love these insights from Napoleon Hill.

​
So, when was the last time you received feedback? And what did you do? What might you do differently next time? Remember, we only get well-intended feedback if others know we are receptive to it.