At least, that’s what Paul Hill, former director of mission operations at NASA, believes. Paul has spent most of his life around rockets: first as a child growing up near the Kennedy Space Center, and then as an adult in mission control. From designing space stations to investigating the explosion of the Columbia space shuttle, Paul has had a front-row seat to the victories and tragedies of the space program. 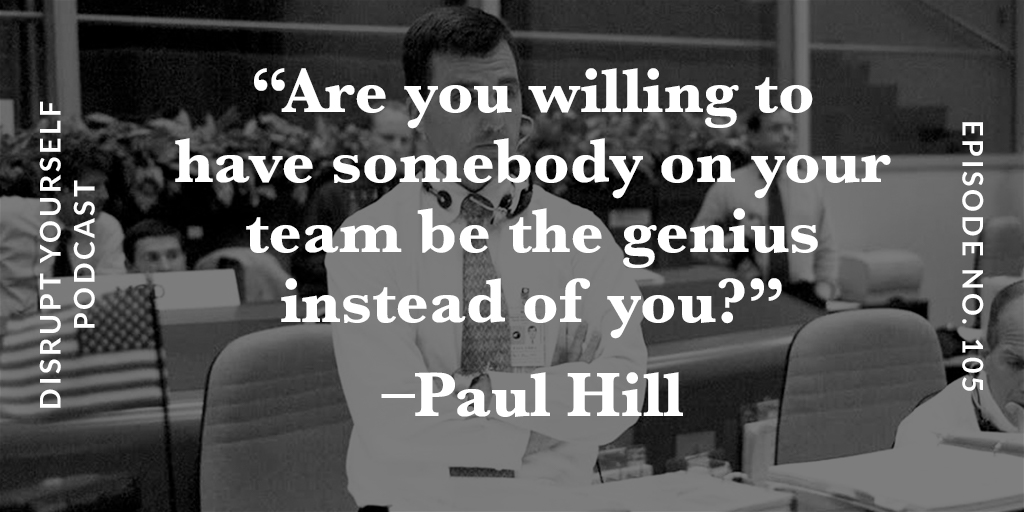 It would be easy to assume that his most fulfilling moments came from the memorable missions that he directed, but, surprisingly, Paul says that he is most proud of the accomplishments that weren’t visible to the public.

“I was one of a couple of leaders that led the entire organization through a leadership culture change [f]rom the top down. And, some of it was our own internal paradox of success… [a]nd over about a two, between a two and three year period. I led the entire evolution on us coming to grips with that and being able to be critical of our own leadership style.”

Paul’s team took a long, difficult look at NASA management, and discovered that many managers didn’t report problems out of fear of “putting ripples in the pond,” and kept budgets large because “that’s what we’re supposed to do.” Over that two-to-three year period Paul’s team was able to cut operating expenses by at least 20% in most areas, and 50% in others, making the departments under his direction at NASA lean and limber. This proved vitally important when the government mandated cuts to the NASA budget, effectively ending the moon and Mars programs. Undaunted, Paul’s team looked for ways to remain relevant and came up with a surprising solution to the budget ax looming over their heads.

“[O]ne of the reasons why I say…I'm most proud of it is it was only possible because we spotted our own cultural problems and fixed them and fixed them in time to demonstrate it to our stakeholders that they can trust us.”

Join us as we discuss Paul’s solution to the budget cuts; his epiphanies on management at NASA; and how learning management techniques from NASA Mission Control can help your team disrupt itself and stay relevant in rapidly changing environments.