McArthur Krishna | I refuse to be bored in my own life

Several months ago McArthur Krishna and Bethany Brady Spalding e-mailed me about a book they were writing titled Girls Who Choose God.  Below is a lot more about McArthur's life.  You won't be bored — I promise.

When I sat down and opened the slightly grungy envelope, I had no idea what was inside.  I had just moved from the US to the Magic Land of India and I admit the scrupulousness of my sorting process had taken a nosedive in the last few days of just trying to Get Out The Door.  Don't get me wrong, I did a good job before.  I disposed of an entire three-story house. I craig's listed all the neutral things, sent necessities with my fiancé a.k.a. Favorite Sherpa who carried several heavy loads of baggage as he made trips back and forth, gifted my too-heavy treasures to dear friends so the parting would be easier, left some tidbits in a basement, and threw the rest in.

Now, I was being forced to wade through the final box I had scrawled a title across—keepsake.  What in the world had I thrown in at the last minute? 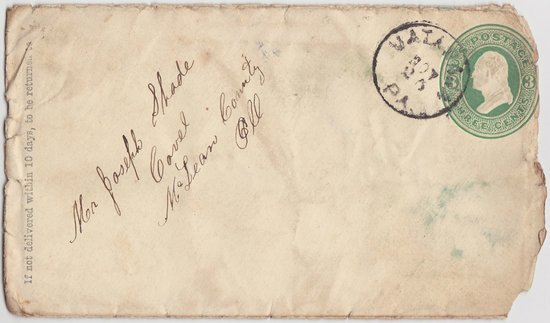 I pulled open the envelope and found a letter—from myself to myself.  At first I was baffled… and then a flood of memories came.

I had co-owned a design and storytelling business for more than a decade before I moved to India. (FreeRange.com) Throughout that career I had spoken at countless events and attended numerous conferences.  I loved the learning, the fascinating people, the room service.  One conference I had attended asked us to draft a love letter to ourselves—the organizers would send the note to us six months later.  I was now holding my own love letter.

The letter ended with a short declaration: I REFUSE to be bored in my own life.

I thought about my life now in the Magic Land of India and the roller coaster ride that I was still on—and laughed aloud. Life is very very many many abundant and insane things… and not anywhere close to boring.

My dream to be fascinated with my own life has led me many places… some of those not the smartest or safest.  However, they all ended up with great stories.  And that's now my life.  I write books.  Or, rather, I steal stories and turn them into books.

When I shifted to the Magic Land of India, I had been feeling bereft without my true-love nephews living near me. (I think loving someone is not a replacement for loving others.) I started writing stories first for them… tales of hiking in the West Virginia woods looking for giraffes and anaconda wrestling tournaments simply so they wouldn't forget me and the adventures we had shared.  Then curiosity (and my Love) drove me to a children's book conference in Delhi.  I met an editor from Scholastic who graciously invited me to come by and we hatched the idea of a social awareness set.  This series was the perfect meld of my storytelling fetish and my social awareness work from Free Range.  That series took off (and is still taking off) so I wrote stories on health, safety, table manners, tantrums, environmental awareness. The next set is planned with vital learnings such as preventing child abuse, respecting others, solving conflict peacefully, valuing of money, sharing—there really is no end to social awareness topics!  I like weaving important life tips into lively everyday adventure stories – hopefully with a dash of delight along the way.

As I set off on my three-week whirlwind Scholastic book tour through eight southern India cities, the primary thought was, “Dreams come true.” Not very original– but still true!   The glamour wears off but the deep satisfaction—the sheer delight of the wild ride of life—doesn’t.

My most recent ride is co-authoring a children's book: Girls Who Choose God.  Gender roles in life and religion is another passion of mine… and I find it best to work on passions.  And, it has been rewarded as others resonate with the need to round out what is available in children’s literature. As one FB commenter said, “I am purchasing your book for my son! I want him to know that Christ loves woman as much as men.”

I think that statement sums up one of the key forces that drove my desire to write this book.  I grew up KNOWING women and men are equal before God—and just wanting the rest of the world to see that too. (I know, humble of me.) I am not a proselytizer in the most traditional sense—but I have worked on secular social justice campaigns for women in many places of the world to help underscore that truth.  Now, I have chosen to work within my faith tradition to bring beautiful reminders of women making bold choices to choose God.  I want all children to know that women and men both serve God with all their might—and that it can be MIGHTY indeed.  This is my dream.

If this faith tradition speaks to you (or the stories of bold women speak to you)—then please buy a book for yourself, your grandkids, your nieces and nephews and every kid on your block.

OK, seriously, all authors' proceeds go to an NGO helping women around the world… and high demand will let our publisher know more such books are wanted!  A new generation of girls gets a little boost towards growing up with my dream of equality being their reality.

Are you refusing to be bored in your life?