I always love speaking with individuals at the low end of the learning curve. So many emotions are on the surface, but by the time someone hits the sweet spot, they often don’t remember how hard it was to do the things that now come easily.

In an attempt to capture this movement along the learning curve, today’s podcast is in a new format: part one was recorded back in December, when my guest, Sarah Green Carmichael, had just left her position as Executive Editor at the Harvard Business Review. I’ve known Sarah for ten years, and this was a BIG jump. She was comfortable at her job and loved her colleagues, but she was clearly at the top of her curve. It was time to jump…but that didn’t make it an easy decision.

But then I also felt kind of like…why wouldn't I try something else? And I think I had some fears about what if I'm not as good at the new thing? What if I don't like it as much? What if I try it and it doesn't work out? And when I was kind of honest with myself about that, I was like, well, I don't want the reason I don't try something new to be because I'm afraid.

Conquering her fear, Sarah accepted an offer to work as a Managing Editor of Ideas at Barron’s. In part two of the podcast, we catch up with Sarah several months later, after she’s had time to settle into her new role. We discuss the steep part of her learning curve, what happened in her first few months, what surprised her, and where she is on her learning curve after an unexpected new curve came her way. 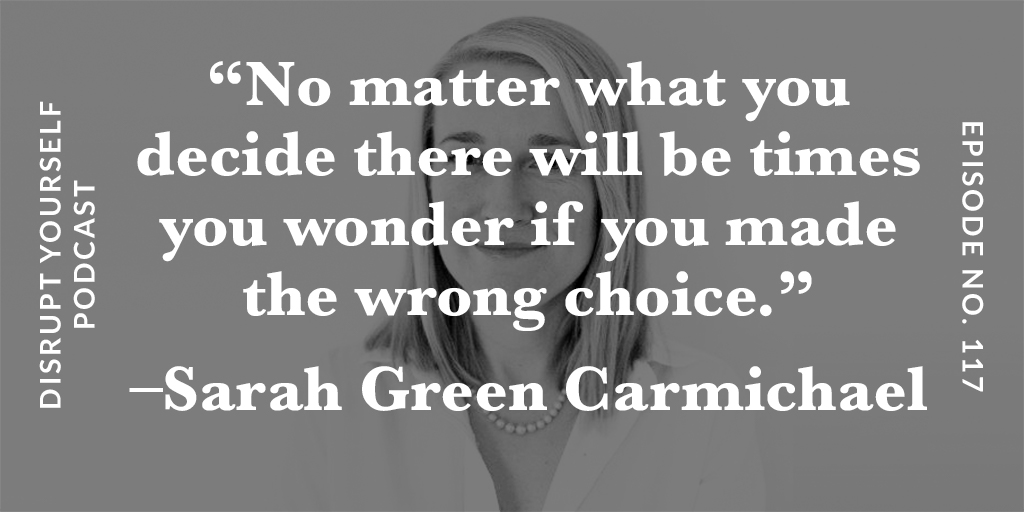 I hope you enjoy this disruption of our format. Listen in the player below, or download the episode on Apple Podcasts or wherever you listen to podcasts. And please let me know what you think in the comments!