When Saul Kaplan produced his carefully compiled spreadsheet of how he planned to host a two day summit on innovation, the last thing he expected his friend to do was tear the spreadsheet to pieces—literally.

His friend was none other than Richard Saul Wurman, the founder of TED, so his feedback was not something Saul could take lightly. This summit was his dream. After years of being a consultant and looking at innovation from the top-down, he knew that he wanted to put on an event that focused on innovation from the bottom-up—what Saul referred to as a “human-centered design.” He had planned everything, from how they would scale from the nano to the cosmic, but the feedback from Richard was blunt and to the point: “You have an awful lot to learn, Kaplan, about what organic engagement and connection is…Design something that you’re interested in, that you can learn from, and then allow other people to participate in that by doing it openly and transparently.” 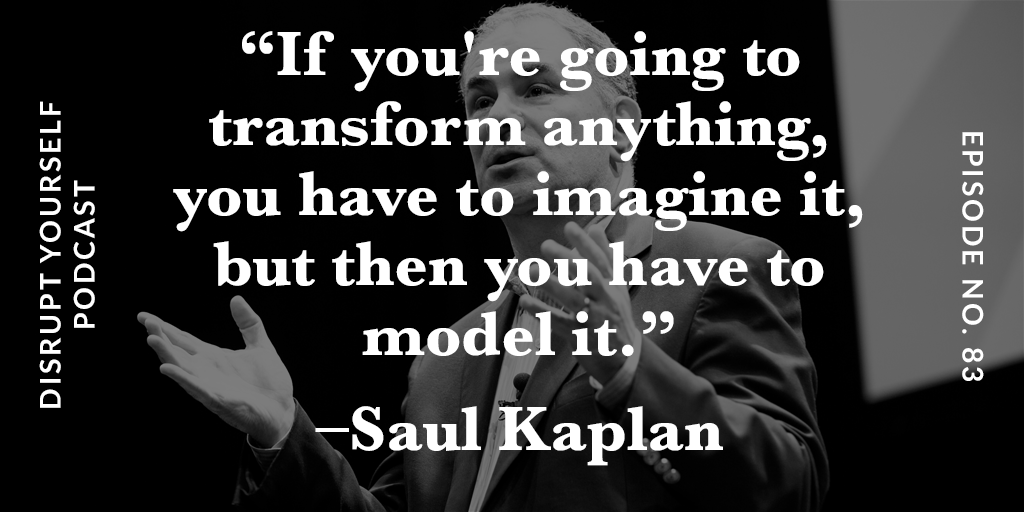 In many ways, that has become the touchpoint of the annual Business Innovation Factory (BIF) Summit. Organic engagement and connection permeate each session, and the best talks are those that solve problems in the real world and discuss the human experience.

“We always say that our summit is more about community than event. The event is so cool because there’s a community of like-minded innovation junkies that want to explore that gray area between us and open up…all those new spaces and opportunity.”

Saul’s goal is always to create an event that is transformational not just for a day, but for long after an attendee has left the event. BIF is simply a catalyst for the conditions that lead to innovation; the people that attend forge relationships, create powerful and purposeful collaborations, and incubate ideas that have the potential to change the world.

“I really believe that if you’re going to transform anything, if you’re going to change it, you have to imagine it, but then you have to model it. You have to try it on. You have to see what it means to think that way, to behave that way, to organize in a different way, and this is what’s getting in the way of all of our innovation efforts because we’re still back in that world of analyze your way to the right answer, let’s never fail, let’s only do those things that we can predict what’s gonna happen, and if you do that, you’re only ever going to do incremental improvements. You’re never gonna really transform anything…the summit was really just a way to go up that learning curve, to model it, to see if it works.”

The road to the summit was not easy for Saul. Aside from having spreadsheets torn apart, he also had to face down his crippling fear that his leadership was not enough for the conference, so much so that he avoided taking the stage as a facilitator for over three years. He had to come to recognize his own worth as an innovator, and once he did he found one of the greatest joys of his life as the “Chief Catalyst” at BIF.

Join us as we discuss his advice for anyone planning a conference or summit, what it means to “Cause a RCUS,” and how he continually finds ways to reinvent himself.