Our guest today is Scott Miller.  Scott is the Executive Vice President of the Thought Leadership practice at FranklinCovey. Scott is a twenty-three veteran of FranklinCovey, which is part of the reason that I wanted you to hear from him. His 20+ year tenure would suggest that FranklinCovey recognizes that for an organization to get where it wants to go, its people need to grow — to practice personal disruption.

Scott faced more than his fair share of struggles on his 20+ year path to leadership success. He has distilled those lessons into his new book, Management Mess to Leadership Success: 30 Challenges to Become the Leader You Would Follow, about becoming the leader you would want to follow.

Before joining FranklinCovey, Scott worked at Disney’s real estate development arm for four years before he was “invited to leave”.

When strong employees are fired, they often need that little nudge from the universe to go out and find new levels of success. Scott believes that’s exactly what happened when he was fired at Disney, which led him to find his voice at FranklinCovey by constantly disrupting himself within that organization. 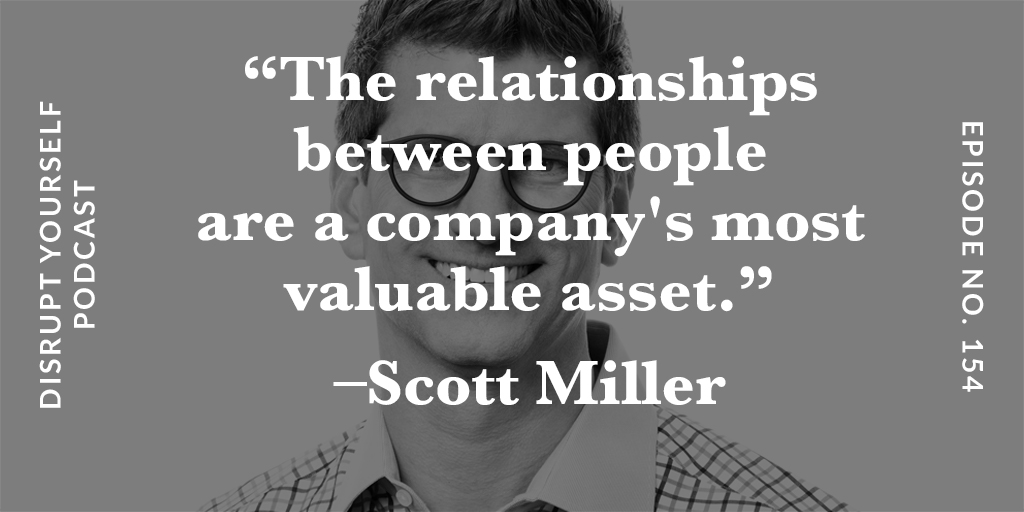 His advice to others, “disrupt yourself before you are disrupted” because sooner or later, you will be disrupted – by your industry, your employer, or your leader. So why not take control of your career and disrupt yourself as soon as you stop learning and see signs of boredom or inertia?

Join us as we talk about Scott’s journey through his various roles, the biggest challenges he faced in going from individual contributor and aggressive Type-A sales personality to seasoned leader, and get Scott’s hidden gems that can help make you the leader you yourself would want to follow.