Stacy London: Getting Fired Was Just What She Needed

Stacy London, television fashion guru and bestselling author, is my guest on Episode 9 of the Disrupt Yourself Podcast. Early in her career she spent four years at Mademoiselle magazine. Then came a new editor-in-chief, new priorities and London found herself unceremoniously fired. Devastating at the time, she has long since realized that being fired was “probably the best thing to ever happen to me.” 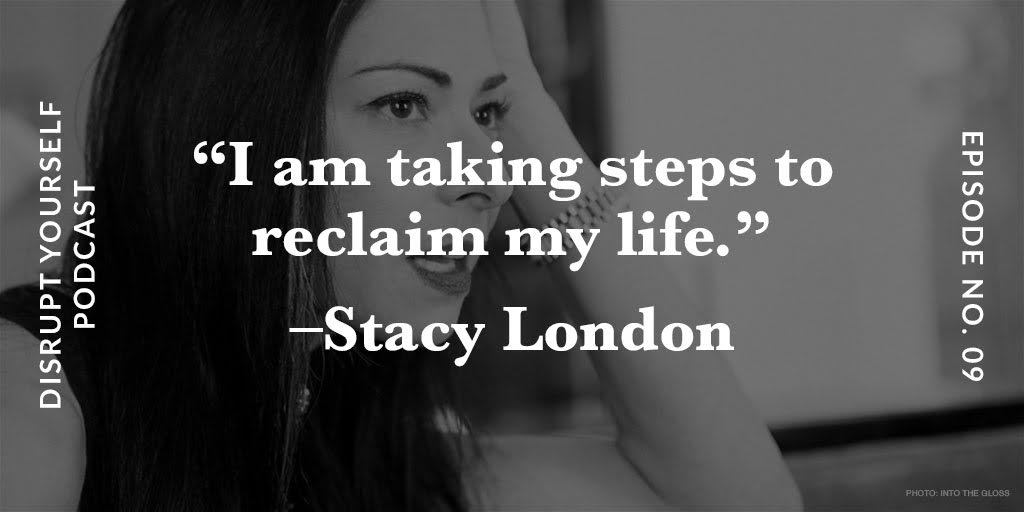 Why? Suddenly unemployed, London began freelancing, and so was in a position to audition when the reality TV show, What Not to Wear, was looking at freelance stylists about a year later. But the unexpected push from her position at Mademoiselle was not only fortuitous because it opened the door to what is arguably the greatest career opportunity London has had thus far; it also, she says, “made me realize that I had been unhappy in that job for two years and I had stayed two years too long out of pure laziness. Knowing that I had a 401k, knowing that I had insurance.”

The comfort zone is comfortable; most of us will cling to it longer than we should at least a time or two in our career. If we’re lucky, like Stacy London, the universe will give us a shove and get us moving again. For London, it was a wake-up call, and a lesson she applied after 10 years with What Not to Wear. “I was doing it basically with my eyes closed and my hands tied and that was good enough for everybody else but I was like, ‘I’m not going to make the same mistake again….It may be the most visible successful thing I ever do with my life was being on that show…but I knew that that cycle was over, whether I wanted it to be or not.” The years since, she says, have been some of her most productive, both professionally and personally.

Tune in for Stacy’s other stylish insights on personal disruption below.