When Tamika Catchings was a freshman at the University of Tennessee, her coach, Pat Summit, told her that someday her story would “impact thousands, maybe millions of people.”

It was a crazy idea.

Diagnosed with hearing loss at the age of 3, Tamika was self-conscious about speaking in front of anyone, let alone large groups, and the idea that she would willingly speak in front of an audience was mind-boggling.

“And, now you fast forward, that was 1997. Now I’m a public speaker. That’s what I do, I go around, I speak, I tell, I share my story and share…about leadership and all the different things that I’ve learned throughout the course of my life.”

And what an interesting life it’s been! A four-time Olympic gold medalist and 16-year WNBA superstar with the Indiana Fever, Tamika has successfully transitioned from athlete to a multi-platform career as a broadcaster, business owner, sports executive, and president of the Catch the Stars Foundation.  As a child, Tamika watched her father play in the NBA, and early on she decided that she wanted to become a basketball player, too. She wrote the goal down, put it on a mirror, and looked at that goal every single day. 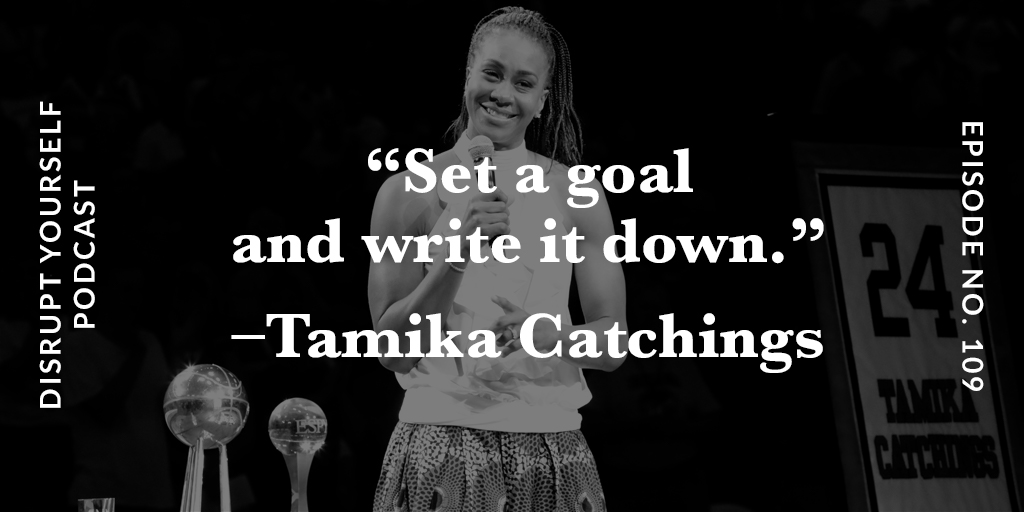 “[W]hen I woke up, that’s what I saw. And throughout the day I knew that every single thing that I did, would allow me to either get closer or further away from my goal that was posted on my mirror. So when I share that story, especially with our young people, it is about have a goal. Write it down. It might change, and that’s okay…know you’re going to have to work hard for it, but put yourself on a path for success.”

Join us to hear how Tamika achieved her goal, and not only became a star player but a valued “role player” as well. We’ll also discuss how her hearing loss improved her performance on the court, how she’s creating her legacy, and what goal is posted on her mirror today.