Today’s guest is Zach Obront, co-founder of Scribe (formerly Book in a Box), a company that helps entrepreneurs and innovators turn their ideas into a book.

When Zach Obront was in college, he started a high school.

A bit silly? Possibly, in retrospect. But Zach has never had an issue with out-of-the-box thinking.

The next company he created, Handy Monkey, was a mold removal company he started when he realized that mold removal companies in Toronto did not understand the ins-and-outs of SEO and internet advertising. He and his partner wanted to prove to the skeptical owners of these companies that internet marketing would solve many of their problems, and the only way they could think to prove that was to create a company themselves and make it profitable.

This tactic worked better than Zach anticipated, and within eight months his partner began to talk about expanding to other cities.

“I tend to get caught up in problems that… when there's no solution, I'm just focused on finding a solution as opposed to stepping back and…questioning…I kinda put my head down and ran through a wall for eight months until finally we got there. And then I said, “Ooh, this is horrible.”

Having a thriving mold-removal company was not Zach’s dream scenario, but he did learn that there is significant value in understanding a process from start to finish. He is now utilizing his out-of-the-box thinking at Scribe (formerly Book in a Box), which he co-founded to help authors navigate the early stages of book development all the way through the first week of their title being on the market. He and his team have helped numerous authors solve real-world problems for thousands of readers, and his advice to authors is simple: solve a problem.

“[T]he biggest thing by far, like before you start writing, before you write a single word, get 100% clear on what you want out of the book, like personally, selfishly, what does a success look like, who is the audience?…[You need a] very clear specific kind of purpose for the book and the kind of thing that, that it's not interesting until it's the most interesting thing in the world, and I'd say that about a lot of our books, because…they're solving a specific problem that people either don't care or are obsessed with, and that's what we're going for.” 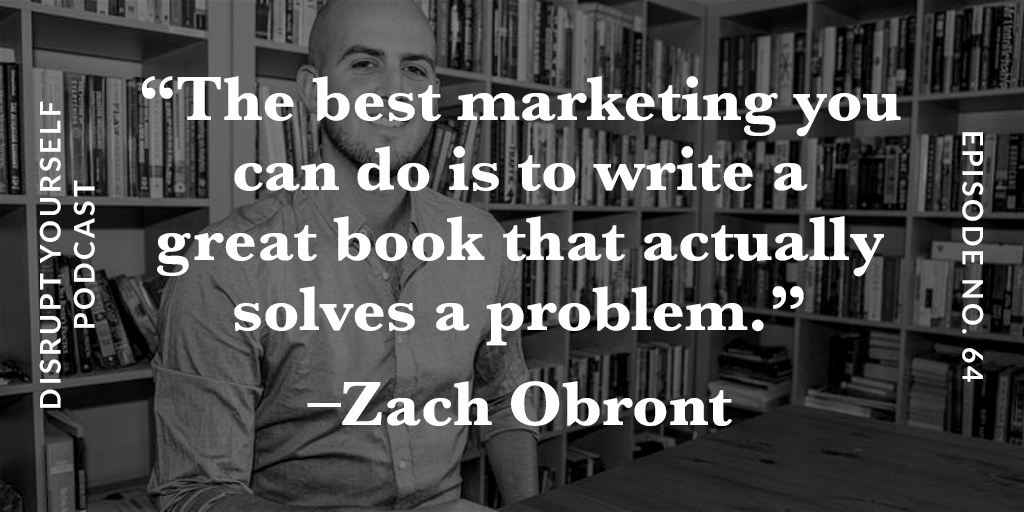 Join us as we discuss the problems authors commonly face in publishing a book, as well as how Zach and his team have created a uniquely supportive environment in their company that allows employees to feel empowered while identifying their greatest weaknesses.

Download the episode on iTunes or in the player below, and if you like what you hear, please leave a review.

Takeaways From this Episode: